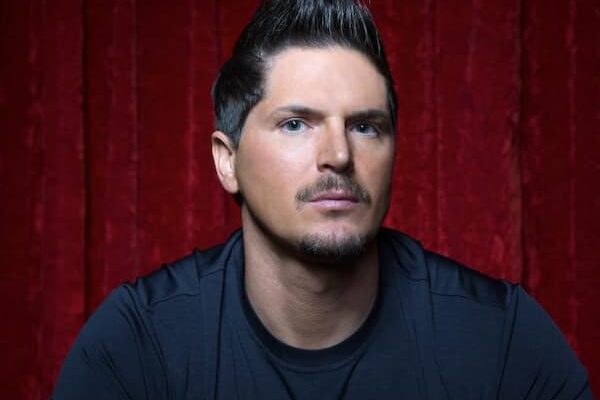 A native of Washington, D.C., United States, Zak Bagans is an American supernatural investigator, museum operator, actor, television personality, and author. However, he is the principal host of the Travel Channel series Ghost Adventures.

Bagans was born and raised in Washington, D.C., United States by his loving and devoted parents. He was born to his father Larry Bagans and his mother Nancy June Knapp. His father worked as a salesman at the Quaker Oats division of PepsiCo. Likewise, his mother was a visual stylist in Las Vegas and an interior designer by profession. He has a sister called Meredith.

Bagans is presently in a relationship with model, television personality, model, and author Holly Madison. The couple became close to each other after Holly visited Bagans’ haunted house in Las Vegas and soon began dating.

Bagans has an estimated net worth of $30 Million

On April 2, 2016, Deadly Possessions premiered on the Travel Channel; the show featured Bagans finding items for a prospective “haunted museum” in Las Vegas, Nevada. The museum opened to the public in October 2017. It consists of 33 rooms with different artifacts on display.

Visitors are given guided tours of the rooms. Some of the items on display include Bela Lugosi’s mirror, the Dybbuk box, Peggy the Doll, and Jack Kevorkian’s “Death Van”. Some of the declarations attached to the artifacts have been criticized. Both the Lugosi mirror and Captain Smith mirror kept in the museum have been claimed to have dubious provenance.

In 2018, the museum received Las Vegas Mayor’s award for historic preservation and adaptive reuse. In 2021, the transaxle salvaged from the American actor James Dean’s Porsche 550 Spyder was added to the museum’s collection.

Bagans together with Kelly Crigger wrote a book titled Dark World: Into the Shadows with the Lead Investigator of the Ghost Adventures Crew. In 2019, he published a book titled Ghost-Hunting For Dummies.

Bagans has seven tattoos. A Celtic cross tattoo is located on his left arm, an Aries symbol on his right arm, a small Christian cross on his right index, and the most outstanding one, an angel/demon tattoo on the back of his neck.