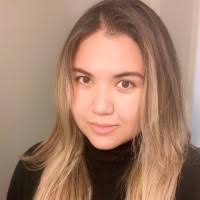 A native of California, the United States of America, Vanessa Paz is a famous American journalist. Presently, she works for ABC 10News (KGW-TV) in San Diego, California, as a reporter and morning traffic anchor.

Heretofore before joining KGTV-TV, she performed as a weather and traffic anchor, at KGW-TV in Portland for two years and seven months.

Paz’s age, date of birth, and birthday are publicly not available. We will update this section once this information is available.

Paz stands at a height of 5 feet 5 inches (1.65m) tall. Her weight is publicly not available. We will update this section as soon as the information is available.

Paz attended California State University, in Los Angeles where she acquired her bachelor’s degree in Broadcast Journalism and presently covering up the Meteorology degree program at Mississippi State.

Paz was born and raised in California, the United States by her loving and caring parents. However, Our efforts to find out more about her family came to no avail as no such information is publicly available. Thus, the identity of Vanessa’s parents is still unclear. It is also not known if she has any siblings. We will update this section once this information is available.

Vanessa has not gone public with her relationship, it is not publicly known whether she is married or in a relationship. Also, we don’t know if she has kids. Her partner and kids’ information will be updated as soon as possible.

Vanessa Paz left KGW, the NBC affiliate in Portland for a job as a traffic news anchor at ABC 10 in San Diego.

Paz worked for nearly a decade in the Pacific Northwest, with stations ranging from Eugene to Portland. She most recently worked for Portland’s NBC station, KGW news, as a morning traffic reporter and weekend weather anchor.

Additionally, she covered everything from catastrophic accidents to road closures to local weather systems across the Cascades to the Coast. She has worked previously as a nightside reporter for Portland’s Fox station, KPTV. She reported on a variety of topics from community-wide issues and protests to national guests such as politician Bernie Sanders’ visit to the Moda Center while covering the Portland metro area and its outlying neighborhoods.

Along with that, she started her career in Eugene, Oregon, where she worked for two local news stations, KVAL and KMTR. She was able to pick up all journalistic responsibilities in Eugene, including producing, writing, editing, shooting, and stepping in as anchor and weather reporter.

Presently, Paz works for ABC 10News (KGTV-TV) in San Diego, California, as a morning traffic anchor and reporter. Earlier before joining KGTV-TV, she worked as a weather and traffic anchor, at KGW-TV in Portland for two years and seven months.