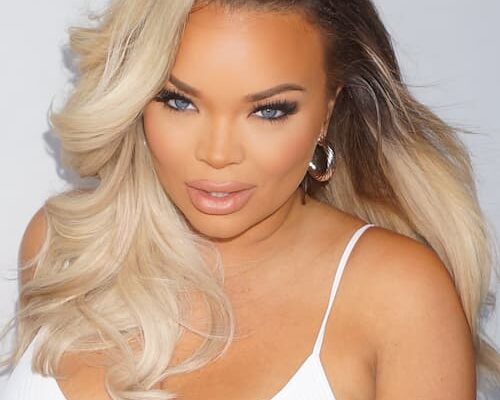 Trisha Paytas a native of Riverside, California, is an American YouTuber, actress, and recording artist. Their YouTube channel “blndsundoll4mj” has so far garnered about 5 million and 2.2 billion overall views. Their channel consists of a variety of content including lifestyles vlogs, music videos, and mukbangs.

As a singer, they have released one cover album, 10 EPs, and a total of 36 singles. In addition, they have produced and hosted several podcasts including Frenemies with EtTrisha Paytas Photohan Klein.

Paytas was born in Riverside, California, and raised in Freeport, Illinois for most of their childhood. Trisha was born to their parents Lenna and Frank Paytas. Their parents divorced when Paytas was only three years old. At the age of 15, Trisha moved back to California to live with her father. At 16, they moved back to Illinois to live with her mother. Trisha has two siblings, an older brother, and a younger half-sister.

Paytas is currently in a relationship with Moses Hacmon, an Israeli artist. The two started dating earlier in 2020 and got engaged in December 2020. They have been in a previous relationship with American YouTuber Jason Nash. The two dated from 2017 to 2019.

Trisha identifies as non-binary and uses the pronouns they/them. They released a video in April 2021 on their main YouTube channel. In the video, they discussed their previous gender confusion. They came out as transgender in 2019. She revealed this in an interview in March 2021.

Trisha moved to Los Angeles to pursue a career in acting. However, when they got there, they started working as a professional lingerie modeling, a stripper, and an escort. They appeared on Guinness World Records Unleashed where she attempted to break the fastest-talker record but failed.

In 2006, they appeared on The Greg Behrendt Show as a correspondent. They also played “Ms. Limelight” on the second season of Who Wants to Be a Superhero? in 2007. They started their YouTube channel in 2007. Their “blndsundoll4mj” was initially dedicated to movie director Quentin Tarantino.

They, however, decided to post other types of content. They have appeared on tv shows including The Price Is Right, The Ellen DeGeneres Show, Jane by Design, Huge, and Modern Family. In 2010, they appeared on an episode of My Strange Addiction as a self-admitted tanning addict.

In addition, Trisha has appeared in several music videos by various artists including Eminem, Amy Winehouse, and The All-American Rejects. To grow their popularity and to gain lots of attention, she began making a number of trolling videos from 2013 through 2017. In 2014, they began making mukbang and eating-challenge videos.

They released their music video for their song “Fat Chicks” in 2015. The video was featured on various websites including Cosmopolitan, The Huffington Post, and Business Insider. On June 29, 2015, Trisha released their EP Superficial Bitch and its music video was released on July 23.

They released their fourth EP Daddy Issues in June 2016. This was their first EP to appear on the Billboard charts. It also peaked at number 25 on the Heatseekers Albums chart. They joined Celebrity Big Brother 20 in 2017. Their cover of “Shallow” by Lady Gaga and Bradley Cooper gained over a million views.

In 2019, they headed on their own headlining tour, The Heartbreak Tour. The same year in October, Paytas started their podcast The Dish with Trish airing on the PodcastOne network. The podcast was originally on SoundCloud. They started a YouTube Podcast Frenemies in September 2020 alongside Ethan Klein of h3h3Productions.

Paytas has their own merchandise.  Their designs go from youth t-shirts, kids t-shirts, and male and female t-shirts.

In 2009, Trisha appeared in Eminem’s music video of “We Made You”. She played Jessica Simpson’s role in The Dukes of Hazzard. The Music video premiered on April 7, 2009. Trisha revealed that appearing on the song opened many doors for them.

Paytas has an estimated net worth of $10 million. They have accumulated their wealth from their career as a YouTuber, singer and actress.