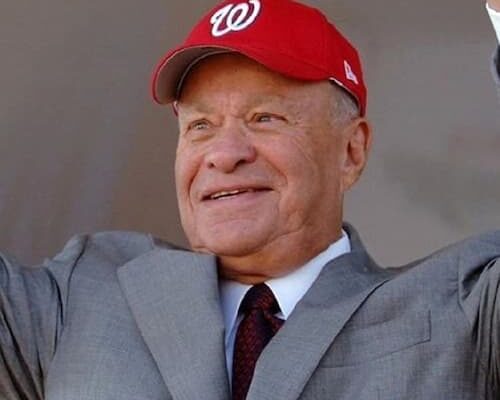 Theodore N. Lerner is an American real estate developer. He is the former managing principal owner of the Washington Nationals baseball team. Ted is the founder of the real estate company Lerner Enterprises. The company is the largest private landowner in the Washington metropolitan area. He was named the richest person in the State of Maryland by Forbes Magazine in 2015.

Lerner stands at an average height and is of average body size. However, information about his actual height and weight is still under review and will be updated soon.

Lerner was born and raised in Northwest Washington D.C. He was born to an Orthodox Jewish family. His parents are Ethel Lerner an emigrant from Lithuania and Mayer Lerner a 1921 emigrant from Palestine. Ted is the eldest of three children.

Lerner married his wife Annette M. Lerner on June 17, 1951. The couple gave birth to three children. His son Mark D. Lerner is married to Judy Lenkin Lerner and his daughter Debra Lerner Cohen is married to Edward L. Cohen. His second daughter Marla Lerner Tanenbaum is the chair of both The Annette M. and Theodore N. Lerner Family Foundation and Washington Nationals Philanthropies. She is married to Robert K. Tanenbaum. Lerner has 9 grandchildren and six great-grandchildren.

Ted started his real estate career while still in law school. He would sell homes during the weekends. In 1952, his wife lend him $250 dollars which he started his real estate company Lerner Enterprises. The company is the largest private landowner in the Washington metropolitan area. The company owns commercial, retail, residential, and hotel properties including; White Flint, Dulles Town Center, and the Tysons II commercial development.

The company is also in a partnership with Chelsea Piers a sports and entertainment complex in Hudson River, New York City.  The company’s headquarters are in Rockville, Maryland. It was the first Leadership in Energy and Environmental Design (LEED) platinum-certified multi-tenant commercial building in the D.C. area.

In addition, Ted and his wife are the founder of The Annette M. and Theodore N. Lerner Family Foundation which provides support to many organizations. They are also the founding members of the United States Holocaust Memorial Museum in Washington, D.C.

Ted and his family are the majority owner of The Washington Nationals franchise. They control over 90% of the shares. Ted is the former managing principal owner retiring in 2018. His son took over his role. The franchise was previously known as the Montreal Expos and was owned by Major League Baseball from February 15, 2002, until the official transfer of ownership on July 24, 2006.

Lerner has an estimated net worth of $4.7 billion. His source of income has mainly come from his company Lerner Enterprises.

Ted’s official social media page is currently under review and will be updated soon.