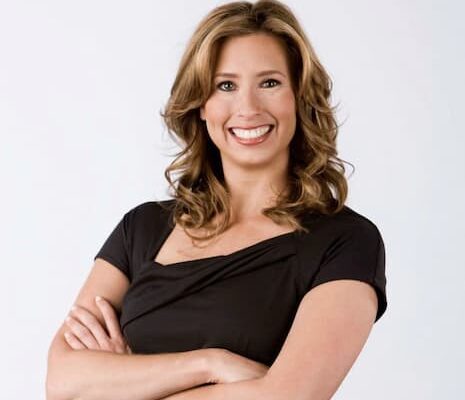 A native of  Wellington, Florida, United States, Stephanie Abrams is a popular American television meteorologist who has worked for The Weather Channel since 2003. She presently co-hosts AMHQ with Jim Cantore and Jen Carfagno on early weekday mornings.

A graduate of Space Camp, Abrams attended the University of Florida in Gainesville, where she acquired a Bachelor of Science (B.S.) in geography, with a minor in mathematics. She graduated with awards and was elected to Phi Beta Kappa. She was a member of Delta Phi Epsilon sorority, where she acted as President of the chapter.

She worked as a teaching assistant at FSU, teaching a class about meteorology. She said about FSU: “I think the professors made a difference in that they were so engaged with the kids and also there were small classes there, so it was really nice that the class hung out together, and it was nice to have that kind of environment.”

Abrams was born in Wellington, Florida USA, on 27 October 1978. Her parents divorced when she was young and she was raised in West Palm Beach, primarily by her father, Barry Abrams, a physician who loved telescopes and science.

Stephanie was married to Mike Bettes in 2000 but seemingly divorced sometime before actually divorcing in 2009. She has always kept her personal life relatively private, and there has been much speculation about whether she has a new boyfriend or will re-marry, especially since she posted pictures of herself wearing an engagement ring, with her partner, on Instagram in February 2017. Her siblings have not been mentioned publicly. We will update this section once information is available.

Abrams is a member of the American Meteorological Society (AMS) and the National Weather Association (NWA) and was president of the North Florida chapter of the AMS from 2002 to 2003. She holds the seal of approval from the AMS.

Abrams’s first position was as a morning meteorologist at WTXL, the ABC affiliate in Tallahassee, Florida. In July 2003, she started on-air work for The Weather Channel as a journalist and fill-in, roles she filled until 2005, when she joined her first show, Weekend View, as a co-host. In 2006, she became an on-camera meteorologist as co-host of Abrams and Bettes: Beyond the Forecast and then went on to Weather Center, also with co-host Mike Bettes.

Starting on July 20, 2009, she co-anchored Wake Up With Al Roker on weekday mornings from NBC studios in New York. Abrams also sometimes filled in for Roker on Today, and periodically joined Sam Champion on America’s Morning Headquarters (AMHQ). During the 2010 Winter Olympics, she and Roker reported live from Vancouver from February 8 to 28 for Wake Up With Al and AMHQ. Wake Up With Al was canceled in 2015, and Abrams returned to work from the Weather Channel’s studios in Atlanta.

Abrams was an interim weather anchor on Weekend Today in 2012 when Bill Karins and Janice Huff left until Dylan Dreyer arrived. She co-hosted The Weather Channel programs On The Radar from 2012 to 2013 and Morning Rush (formerly Your Weather Today) on weekdays from 2009 to 2014. Abrams is now a co-host of AMHQ with Jen Carfagno and Jim Cantore.