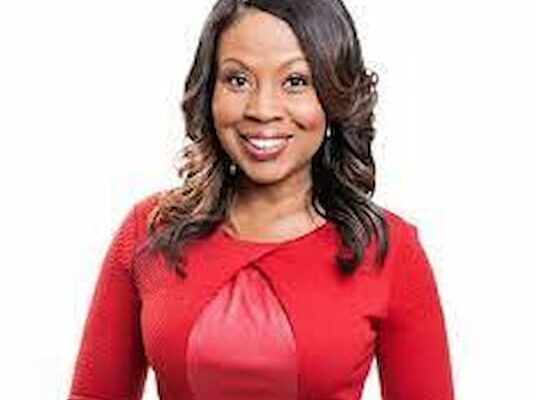 Born in Toronto, Canada, Sharon Lawson is a Canadian-American news anchor and journalist. She works for FOX 5 as an anchor of Good Day Atlanta.

Lawson graduated from the University of Central Florida in Orlando.

Lawson’s exact year of birth is not yet known. She celebrates her birthday on 16 January.

Lawson stands at a height of 5 feet 6 inches. Her weight is not yet available.

Lawson’s husband is known as Chris Pappas. She and Chris began dating in October 2013. They eventually got married in January 2016.

The couple’s wedding took place in Jamaica, which is the roots of Sharon’s parents. Lawson describes him as a “man with a heart of gold.’

Lawson joined FOX 5 in September 2017, as an anchor of Good Day Atlanta. She had come to Atlanta from Miami, where she worked for 14 years at WTVJ-TV.

McClain said, “We’re pleased to welcome Sharon to ‘Good Day Atlanta.’ Her warmth and enthusiasm will make her a great addition to our morning newscasts.”

Lawson expressed excitement on joining the station. She said; “I’m truly excited for this next chapter in my life to work for a station trusted by the community and a team recognized for its excellence.”

Lawson began her TV career in Sarasota, Florida, where she worked as a photojournalist and editor.