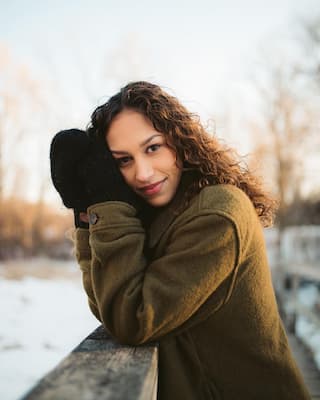 A native of Toronto, Ontario, Canada, Serena Pitt is a Canadian publicist and TV personality best known as a former contestant on The Bachelor season 25.

Serena is now a contestant on the 7th season of Bachelor in Paradise.

Pitt graduated in June 2019 from Wilfrid Laurier University in Ontario. After graduating, she began working as a brand ambassador with Cotton Candy Event Stuffing Inc.

She would go ahead to intern for MacIntyre Communications in Toronto. She began her internship in August 2020.

Pitt is of mixed ethnicity. She is of Indian-White ethnicity. Her mother, Rasna is Indian while her father is White.

Pitt is the daughter of Rasna and Bill Pitt. There is not much information available about her parents at the moment. It is however known that they fully supported her fully during her journey on The Bachelor.

“We have always been team SerenaP…Let the journey begin,” her mother wrote on Facebook. Her dad also showed his support with a post of his own writing; “As her dad, I couldn’t stop her so I might as well support her.”

Pitt has a sister named Talia Pitt who she is very close to. There is no more information available about Talia but we will make sure to update you as soon as something pops up.

Pitt was a contestant on season 25 of The Bachelor when the lead bachelor was Matt James. She quit the show in week 8. She ended her relationship with Matt James after a heart-to-heart with her mom. This conversation with her mother made her realize she didn’t truly love Matt.

“I would’ve been doing him a disservice by staying. As much as I deserve to be 100 percent on someone, he deserves to be with someone who’s 100 percent on him, ” Serena explained. “I couldn’t give him that, and he had three other amazing women there.”

As earlier mentioned, Serena is a contestant on season 7 of Bachelor in Paradise. Earlier before she confirmed as a cast on the show, Pitt had shared what she would be looking for in Paradise.

“I would go in with a very open mind. I think it’s easy to look at someone and think they’re really attractive, but I’m definitely someone who bases a lot on chemistry and interaction.

“I wouldn’t want to write off anyone going in because I had my eyes set on someone specific.” she shared with ScreenRant.

During the last episode of season 7 of Bachelor in Paradise, Serena and Joe Amabile got engaged after Joe proposed to her. During the Bachelor Happy Hour podcast, the couple talked about their plans together.

Pitt revealed that they were not rushing down the aisle and they definitely feel confident in the fact that they want to be together. “It’ll be nice to just take a breath, date, live together, and then marriage will come down the line.”

Pitt was proposed to with a 2-carat, cushion-shaped diamond ring. Below is a photo of the ring.