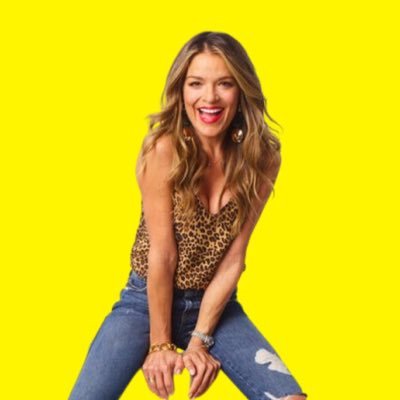 A native of  Miami, Florida, United States, Sabrina Soto, is a famous and popular interior designer, consultant, entrepreneur, the well-known host of The High/Low Project, and featured designer on HGTV’d. The first of her Cuban family born in the United States, she learned the ropes of home decor from her mother, who ran a home staging and decorating business.

Soto graduated from Monroe College with a bachelor’s degree in early childhood education and a minor in psychology.

Soto was born the daughter of Roberto FE Soto and Maria Soto who has had a business in home decorating. She is the first generation of her Cuban family to be born in America. Her dad, Roberto serves as an Executive Director of Imaginus Media and a prominent visiting Professor in various academic institutions such as the Albany State University and New York Institute of Technology. She has an older sister named Natasha.

Soto is in a beautiful relationship with her husband-like partner, Steve Greenberg. The partners have a daughter named Olivia Gray born on 2 November 2015.

Soto has an estimated net worth of $1.5 Million.

From an early age, Soto was inquisitive in creating, designing, and managing attractive spaces on a budget. She later began designing by assisting her mother with the home staging and decorating business. The designer thereafter jotted herself into television depicting roles as a presenter for a series on MLT and a web-based series on Yahoo!. During her term on the TV, she interviewed several top recording celebrities and artists during the show.

Moreover, She has also made impressions on Tv primarily as a host of diverse lifestyle-related shows–The High Low Project, Design Star, and Real Estate Intervention. She has been the host of getting It Sold since 2007 and acted as a judge on the ABC series, The Great Christmas Light Fight!.

Soto also has an online lifestyle magazine, Casa & Company, which provides frequent updates on the latest designs from fashion to food to home. As of now, she is tirelessly concentrating on designing, taping her HGTV shows, and treating friends and family to her second passion, cooking.

Soto, the famous host of The High/Low Project and featured designer on HGTV’d, is a well-known interior designer, consultant, and entrepreneur. The first of her Cuban family born in the United States, she learned the ropes of home decor from her mother, who ran a decorating and home stand business. As a result, she developed a love for design and, today is known for her diverse way of blending luxury and reasonable pieces for a distinctive home aesthetic.

She thereafter made her way into television as a host on cable network shows and a Web-based series on Yahoo! in which she interviewed top recording artists and celebrities. she has also appeared on several HGTV shows, including Real Estate Intervention, Get It Sold, HGTV Green Home, White House Christmas, and HGTV Showdown. She has also been featured in magazines such as Time magazine, Washington Post, Esquire, People En Espanol, USA Today, LA Daily News,  and Latina magazine.

In addition to her television acquaintance, she is also the home-style expert for Target and a certified real estate agent who is LEED accredited — one of only 6,900 accredited interior designers worldwide. The Leadership in Energy and Environmental Design is an internationally identified green building certification system produced by the U.S. Green Building Council.

Presently living in New York, she tirelessly juggles designing, taping her HGTV shows, and treating friends and family to her second passion, cooking.