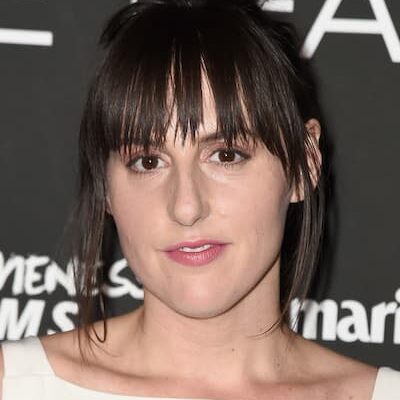 A native of New York, Ry Russo-Young is an American producer and filmmaker known for her work on numerous films and tv shows.

These include;  including Before I Fall (2017) and The Sun Is Also a Star (2019). Her early work has been related to the mumblecore genre.

Young stands at an average height and is of moderate body weight. There are, however, no details about her body measurements. These details will be updated as soon as they are available. Her hair and eyes are both dark brown.

Russo was born and raised in New York City, United States. Her parents Sandy Russo and Robin Young, are both openly lesbian. Young together with her sister Cade Russo-Young was part of the first generation of children to be raised by openly gay parents. Both and her sister were conceived through a sperm donor.

Thomas Steel was the name of the sperm donor for Russo-Young’s conception. In 1991, when Young was 9 years old, Thomas Steel sued her parents for immediate visitation and standing as her father. The case ended after 3 years when Young was 13 years old.

Young is happily married to her husband Colin Spoelman. There is, however, no further information about Colin or their marriage in general. Together they have two sons. There is also no information about their sons. The family resides in Los Angeles.

Russo-Young developed her passion for filming at an early age. In 2017, she directed the film “Before I Fall” based on Lauren Oliver’s book. The film premiered at the Sundance Film Festival. Her film “The Sun Is Also a Star” starred Yara Shahidi, Charles Melton, and John Leguizamo. It was an adaptation from Nicola Yoon’s novel.

She has also directed several episodes of several tv shows including; Netflix’s Everything Sucks!, Sweetbitter, and Marvel’s Cloak & Dagger. She directed the 2005 film Marion which won several awards including a Silver Hugo for Best Experimental Short at the Chicago International Film Festival. In 2007, her other film Orphans earned a special jury prize at South by Southwest.

Her films “Nobody Walks” won a special jury prize and “You Wont Miss Me” won a Gotham Award for Best Film Not Playing at a Theater Near You. As an actor, Young has appeared in Joe Swanberg’s Hannah Takes the Stairs and Alex Ross Perry’s The Color Wheel. Russo is the recipient of the 2015 Creative Capital award for her film, The Family Movie.

One of the most noticeable works is in the documentary miniseries called Nuclear Family. The three-episode miniseries follows the life of Russo’s family as they go through a lawsuit that partly changed their lives.  Russo was conceived through a sperm donor Thomas Steel. Thomas sued her mothers for paternity and visitation rights. The documentary premiered on September 26, 2021, on HBO.

Russo’s net worth is currently under review and will be updated as soon as it is available.