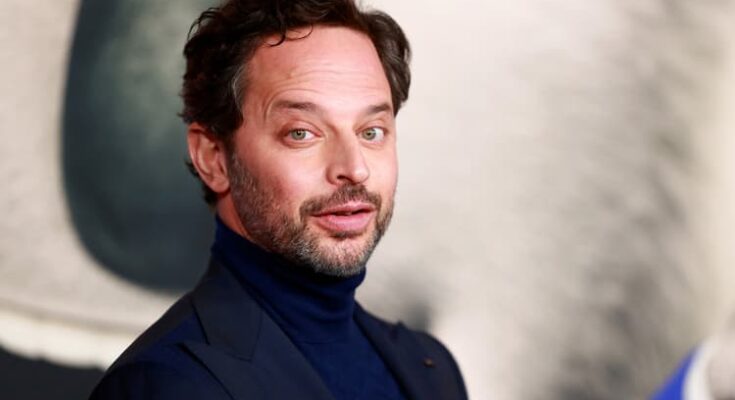 He is known for creating and starring in the Comedy Central series Kroll Show, The Oh, Hello Show, the FX comedy series The League, and starring in and co-creating the animated Netflix series Big Mouth.

When it comes to his academics, Kroll was a student at the Solomon Schechter School of Westchester. He subsequently attended high school at Rye Country Day School. He also temporarily went to The Mountain School in Vershire, Vermont. In 2001, Kroll graduated from Georgetown University.

Kroll was born and raised in Rye, New York, United States. He is the son of Jules Kroll and Lynn Kroll. He also grew up in a Conservative Jewish family. Further, Kroll is the youngest member of 3 siblings named Jeremy, Dana, and Vanessa.

Speaking of his love life, Kroll began dating fellow comedian and actress Amy Poehler. Kroll is named her multiple times in her 2014 memoir, Yes Please. The couple later parted ways in 2015. He is currently in a relationship with landscape artist Lily Kwong.

Kroll has an estimated net worth of $18 Million

His first major role was when he co-starred in the ABC sitcom Cavemen, based on the Geico-insurance TV commercial characters. He later moved on to VH1’s Best Week Ever. Nick’s guest-starring roles include Parks and Recreation, Community, Unbreakable Kimmy Schmidt, and New Girl.

He was featured on multiple Comedy Central series such as Reno 911!, John Oliver’s New York Stand Up Show, and The Benson Interruption, both performing as himself and in character.

Kroll landed a starring role as Rodney Ruxin in the FXX comedy series The League. Nick co-created, wrote, and starred in Big Mouth In 2017.

He started his career as a contributor writer for Comedy Central’s Chappelle’s Show and MTV’s Human Giant. End of 2008, he toured with Aziz Ansari on his Glow in the Dark comedy tour in the United States.

His live work is a mix of standup, sketch, and characters. In 2011, Comedy Central featured his stand-up special Thank You Very Cool. He once co-hosted the stand-up show Welcome to Our Week with Jessi Klein.

He is a famous performer known for his characters such as Bobby Bottleservice. His character has been featured in multiple online videos for the Funny or Die website, including the Ed Hardy Boyz and an audition tape for the MTV show Jersey Shore.

His other character credits include Ref Jeff and Fabrice Fabrice, and Gil Faizon of The Oh, Hello Show. His character work features in Kroll Show, a sketch comedy show on Comedy Central. Kroll was awarded the Breakout Star of the Year award at the 2013 Just For Laughs Comedy Festival in Montreal, Quebec, Canada.

On April 3, 2020, John Mulaney and Nick announced that they will release the first episode of Oh, Hello: The Podcast.

Mulaney and Kroll both tweeted a link announcing Oh, Hello: The Podcast, which promises Gil and George in all their turtlenecked, ornery glory, as well as a meditation on the life and death of Princess Diana. The trailer features a reading of a “Xerox copy of a fax”.