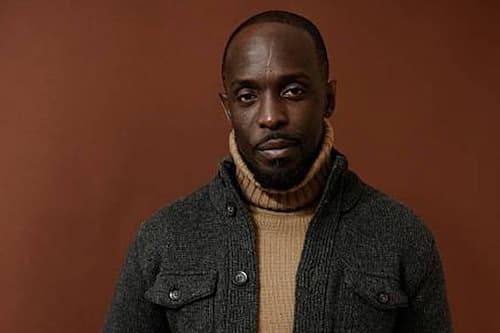 Michael Kenneth Williams, born in Brooklyn, New York City, was an American actor. Michael was famously known for playing the role of Omar Little on the HBO drama series The Wire.

His other notable character is Albert “Chalky” White on the HBO series Boardwalk Empire. Williams died on September 6, 2021. He was found dead in his Williamsburg, Brooklyn penthouse. Michael died at the age of 54.

The celebrated actor was 5 feet 10 inches tall and was of moderate body weight. There is, however, no information about the late actor’s body measurements.

Williams was born and raised in Brooklyn, New York City. He partly was brought up in the Vanderveer Projects in East Flatbush, Brooklyn. His father’s name is Booker T. Williams, born in Greeleyville, South Carolina and his mother was a Bahamian from Nassau.

Michael was not married to anyone. He, however, was involved in a number of relationships with different women. One of his girlfriends is the mother of his son Elijah Williams. One of his public relationships was with actress Tasha Smith. In May 2019, Tasha shared a photo of them together and captioned it “the love of my life”.

Williams sadly passed away on September 6, 2021. He was found dead in his Williamsburg, Brooklyn penthouse. According to the police, Paraphenelia was found in his house. It appears that he might have died from heroin or fentanyl overdose. The five-time Emmy nominee died at the age of 54. Williams had always been open with his drug addiction problem.

The deceased actor was best known for playing the role of Omar Little on the HBO drama series The Wire. His other notable character is Albert “Chalky” White on the HBO series Boardwalk Empire. Michael is also credited for the role of Jack Gee, husband to Bessie Smith, in the HBO telefilm biopic Bessie.

The show premiered in 2002. For playing the character of Omar, Michael was named as one of ten reasons they still love television by USA Today. He was also named one of the richest characters in the tv series. It was during the portrayal of the character that Williams developed the habit of smoking cannabis and also became addicted to cocaine.

Williams began his career as a dancer. He quit school against his family’s wishes to pursue a career in dancing. He first got a job as a background dancer for singer Kym Sims. Williams later got to go on tours with artists such as George Michael and Madonna.

The actor has appeared in multiple movies and tv shows including; When We Rise, When They See Us, Hap and Leonard, The Road, Inherent Vice, The Night Of, Gone Baby Gone, and 12 Years a Slave. He had recurring roles in; J. J. Abrams’ Alias, and Six Degrees. Williams also appeared on CSI: Crime Scene Investigation, Boston Legal, The Sopranos, Law & Order, Law & Order: Special Victims Unit, Human Giant, and Third Watch.

In 2007, he appeared in the film Gone, Baby, Gone. Williams played the role of Teddy in the Chris Rock film I Think I Love My Wife. He has also appeared in several music videos including; James, a policeman, in R. Kelly’s “Trapped in the Closet”, The Game’s “Dreams” and “How We Do” music videos, and Tony Yayo’s “It’s a Stick Up”. In 2013, he featured in ASAP Rocky’s “Phoenix” music video.

Williams was the founder of Freedome Productions a productions company. His first work as a producer was in the film Snow on tha Bluff. In 2016, he became the host of the VICELAND program titled Black Market. He later started his own journey to dig deeper into the American mass incarceration crisis: the juvenile justice system.

Williams got his face scar in a bar fight in Queens after he intervened to stop a group of men from hurting his friend.  His face and neck were sliced with a razor blade. Even though he was not gay, he stated that he always felt a sense of belonging at gay bars where he got is his facial scar.

Williams had an estimated net worth of $5 million. He had created his wealth from his long successful career as an actor.