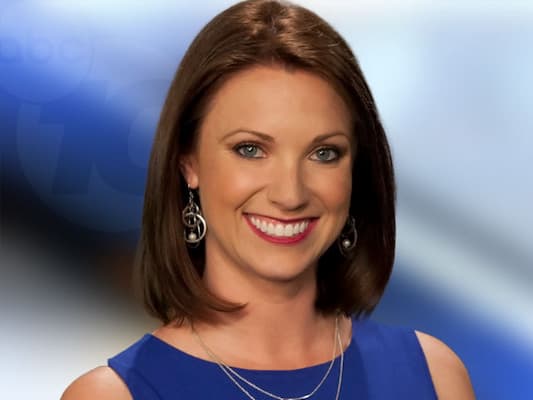 A native of San Diego, Megan Parry is an American journalist working as a meteorologist for 10News. He anchors the morning and midday newscast.

Parry attended Twin Peaks Middle School and Poway High School. She eventually joined the University of California, Irvine, where she graduated with a B.S. degree in Earth and Environmental Science.

Parry would later decide to follow her dreams of becoming a meteorologist after working as an Environmental Scientist for the California Environmental Protection Agency for a short while.

She, therefore, went back to school and earned her Master of Science in Broadcast Meteorology from Mississippi State University with a 4.0 GPA.

After graduating with her Master’s degree, Parry moved to Medford, Ore., and joined the ABC team at KDRV as the morning meteorologist. While at Medford, Megan enjoyed volunteering at the local animal shelter.

Megan later switched to the evening newscasts and was voted the second “Most Popular TV Personality of Southern Oregon.” After 4 years, of working at Medford, she moved back to San Diego and began working for 10News as the morning and midday newscast meteorologist.

Previously, while schooling in Mississippi, Megan worked as the weekend meteorologist at WTOK, an ABC affiliate in Meridian. While there, she witnessed firsthand the damage felt by the 2011 Joplin, Mo., EF-5 tornado — the 7th-deadliest tornado on record.

Parry is married to Gregory Ranieri. She and Gregory got married on April 8, 2018. It is not yet clear how long the couple had dated before tying the knot.

Parry and her husband Gregory have a child together, a daughter named Devina Ilona Raneiri. She was born on October 31, 2021.