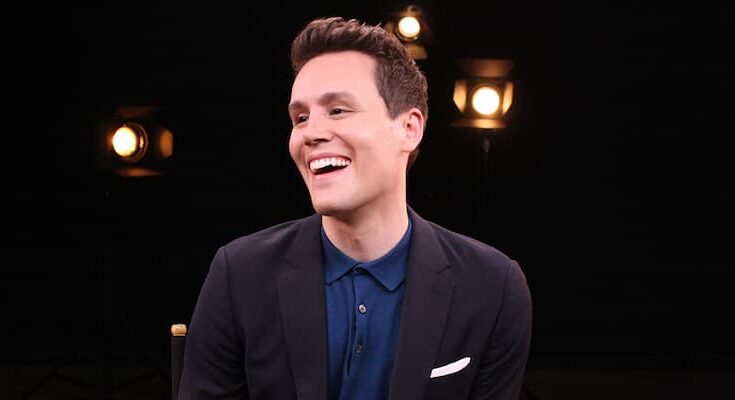 Born in the USA, Matthew Hoffman is an American television personality who is best known as the narrator of CBS’s show, Love Island.

Matthew who likes referring to himself as the voice of Love Island is also the host of the celebrity interview show “Sit Down With The Stars” for Regal Cinemas.

Matthew also appeared as a special correspondent for Extra, starring Mario Lopez. At the 2019 Independent Spirit Awards and Tony Awards, he was a red carpet host.

Hoffman is famously known as the narrator of Love Island, an American dating reality show which airs on CBS. The show premiered on July 9, 2019. It is based on the British series of the same name.

He hosts the show together with actress and model Arielle Vandenberg and his commentary is one thing that Love Island fans surely due look foward to.

Hoffman did an Interview with parade.com and he explained how he ended up on Love Island after he was invited to audition for the position.

“It wasn’t a standard audition at all. I’m not a voiceover artist; I wasn’t even at that department. My representation asked me, “What are you doing?!” And I said, “Listen, this is it. This is tailor-made for what I do.”

A script came in for the audition, and I thought it was such a funny take. I had heard of Love Island before because it’s such a phenomenon overseas, but I hadn’t seen the show,” he said.

Hoffman’s date and year of birth are not yet known. His age remains unknown. While growing up, he played a young Scrooge in A Christmas Carol at Madison Square Garden as a tot. Jesse Eisenberg was serving as his understudy.

Hoffman’s height and Weight measurements are unavailable. We will update this information as soon as it is available.

Hoffman has managed to keep information on his dating life away from the public eye. It is not yet established whether the popular narrator is single, dating, or even married.

Hoffman launched a weekly volunteer program after moving to LA, and mini-film series he calls “Tuesdays With Matthew.” In the program, Matthew dresses, directs, and films senior citizens in reenactments of classic films, or as he likes to call them “SCENE-iors.”

The program is meant to make senior citizens feel like Movie Stars, and also raise money for Meals On Wheels.”

Hoffman’s net worth is under review.