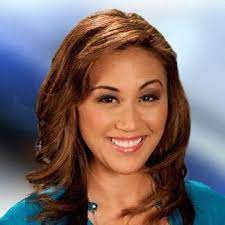 A native of South San Diego, Marie Coronel is a famous and popular American Reporter working with KGTV/ABC 10News in San Diego, California where she serves the station as a Reporter.

Coronel was born and raised in South San Diego. She likes to keep her personal life private and hence has not yet disclosed the year and month she was born. It is therefore not known when she celebrates her birthday. We will update this section once the information is available.

Coronel stands at a height of 5 feet 5 inches tall. Her weight is publicly not mentioned. We will update this section once the information is available.

Any information regarding Coronel is publicly not known. We don’t know which high school or college she attended. We will update this section once the information is available.

Coronel was born and raised in South San Diego to her Filipino parents. However, she has managed to keep her personal life away from the spotlight hence she has not disclosed any information about her parents. It is also not known if Coronel has any siblings. We will update this section once the information is available.

Coronel is happily married to John. The couple has three kids. Marie enjoys family days with her husband and their three sons.

Coronel has an estimated net worth of  $1.5 million.

Coronel works with ABC10 News where she serves the station as a Reporter and has been working with the station since the year 2015. She was raised in South San Diego and is a proud graduate of Eastlake High School in Chula Vista. There, she received a Bachelor’s Degree in Journalism and a Minor in Political Science from California State University, Northridge.

Prior to moving to Southern California, she was a reporter and anchor at WTKR in Norfolk, Virginia, and WHAG in Hagerstown, Maryland. Prior to this, she also worked as an assignment editor at KTNV in Las Vegas, Nevada. She got her start in television news, working as a reporter and host for Adelphia Cable in Simi Valley. Additionally, she also worked for the Jimmy Kimmel Live Show.

Coronel is a proud member of the Asian Journalists Association(AAJA) and is active in the Filipino-American community. Asides from this, she also spends a lot of time volunteering at her children’s school. Away from work, she loves being back in her hometown cheering on the Padres, San Diego sports, and her boys’ little league and soccer teams. She also enjoys family days with her husband and their three sons.

Coronel works at KGTV where she works alongside other famous KGTV anchors, meteorologists, reporters, and sports anchors including;