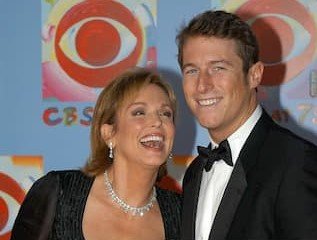 Born in Lexington, Kentucky, Lincoln Brown is an American technology entrepreneur. He  is best known as the son of Phyllis George and John Y. Brown Jr.

Brown is the son of Phyllis George and John Y. Brown Jr. His mother was a sportscaster and a businesswoman. From 1979 to 1983, she was the first lady of Kentucky. She was also Miss America 1971 as well as Miss Texas 1970.

His father, John is an American politician, businessman, and entrepreneur. From 1979 to1983, he served as the 55th governor of Kentucky. He is also known for building Kentucky Fried Chicken (KFC) into a multimillion-dollar restaurant chain.

Brown’s parents got divorced in 1996 after 17 years of marriage.

Brown has a sister named Pamela Brown . She works as a senior White House Correspondent for CNN. His sister is also married and has two children.

He also has three other half-siblings from his father’s previous marriage.

Brown has led a very private life and not much is known about his personal life. At the moment it is not yet known whether he is married or not. He relationship status has remained private.

Phyllis George Death and Cause of Death

Brown’s mother, Phyllis George, died on May 16, 2020, at the age of 70 years. She died of complications from leukemia at Albert B. Chandler Hospital in Lexington, Kentucky.

Brown and his sister Pamela released a joint statement, that said: “For many, Mom was known by her incredible accomplishments as the pioneering female sportscaster, 50th Miss America and first lady. But this was all before we were born and never how we viewed Mom.

“To us, she was the most incredible mother we could ever ask for, and it is all of the defining qualities the public never saw, especially against the winds of adversity, that symbolize how extraordinary she is more than anything else. The beauty so many recognized on the outside was a mere fraction of her internal beauty, only to be outdone by an unwavering spirit that allowed her to persevere against all the odds.”