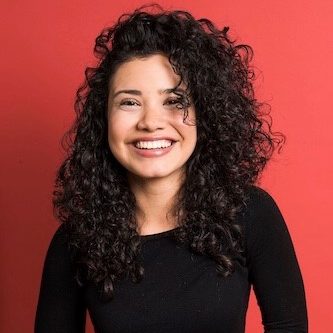 Barrón-López was born and raised in Mexico to her parents, Roberto Lopez and her mother whose identity is unknown to the public. Her family relocated to the United States as Mexican immigrants. It’s unclear if she has any siblings. Further information concerning her family background will be updated soon when disclosed.

Concerning her personal love affairs, Barrón-López prefers keeping her love life details private and discreet since no record of her relationships is available to the public.

It’s not clear if she is single, married, or in a relationship. We are keeping tabs and we will update his partner’s details soon.

Barrón-López has an estimated net worth of between $1 million – $5 million.

Barrón-López began her career as a News Director and News Editor at Daily Titan, CSU Fullerton, for a year in 2010. She then worked as an Account Executive for Advertising in Daily Titan in 2011.

She moved to Roll Call as a Features Intern in 2011-2012 and covered the U.S. House of Representatives and Senate along with political galas for the features section. She worked as a politics/investigations journalist and intern at The Orange County Register in 2012. She was also a Politics reporter/Intern at The Oregonian in the same year.

In addition, she became a Business intern at The Orange County Register in 2013 and started working as a Reporter at E&E Publishing, LLC in 2013. After that, she joined The Hill and served as Energy and Environment Reporter from 2013-2015. She also worked for The Huffington Post from 2015-2017 as Politics Reporter covering congress.

She acted as a Political Reporter for Washington Examiner from 2017-2018. She moved to POLITICO in 2018, where she worked as a National political reporter and White House correspondent for the next three years.

Moreover, she has been working as CNN Political Analyst since July 2019 and as a White House correspondent for PBS NewsHour since June 2022.