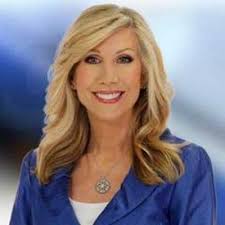 A native of Ventura County, California, United States, Kimberly Hunt is a San Diego chief anchor, news reporter,  and managing editor, for KGTV. However, during her career, Hunt has interviewed sitting Presidents, Oprah Winfrey, and other military, political, and business leaders.

Hunt is 61 years old as of 2022. She was born on August 1961 (age 61 years), in Ventura County, California, United States. Her date of birth has been publicly not mentioned. We will update this section once the information is available.

Hunt stands at a height of 5 Feet 7 Inches (1.7 m) tall. Her weight has been publicly not mentioned. We will update this section once the information is available.

Hunt graduated from San Francisco State University. During college, she operated as a radio news reporter for KVON/KVYN Radio in Napa. After graduation, she went to work for ABC Network News as a researcher for Peter Jennings during the 1984 Democratic National Convention in San Francisco.

Hunt was born and raised in Ventura County, California, United States by her parents. She had a close relationship with her father and loved him more than her mother. Because of her career, Kimberly’s mother stayed very busy, so she spent most of her time with her father. Her father passed away when she was ten years old due to a serious health disorder. According to the medical reports, a heart attack was the main cause of his death.

Since her father passed away, she became psychologically and emotionally broken. Kimberly began living with her mother. She became very depressed and went through emotional trauma in her personal life.

Hunt is happily married to Billy Ray Smith, a former San Diego Chargers linebacker. He is a former soccer player. The couple married in June 1990. She faced Billy for the first time when she co-hosted the program through her fellow worker named Virginia Cha. They were friends at the beginning and as time passed they both fell in love with each other.

Hunt has an estimated net worth of $1 million

Hunt is presently operating at ABC 10 News where she acts as the chief/ primary anchor and managing editor for the 4, 6, 7, and 11 p.m weeknights newscast. She started her on-air job at the CBS affiliate in Monterey, California. In 1987, she moved to San Diego to work for ABC affiliate KGTV as an anchor. She co-anchored an evening newscast for 15 years alongside Carol LeBeau, which was the longest-running female anchor team in the United States.

In 2002, she joined the KUSI News team. While there she anchored the 6 p.m, 10 p.m, and 11 p.m weeknight newscast for 5 years. In addition, she was a host of the weekend show San Diego People.

She earned the coveted statues for her stories tracking Cartel Guns, Hell Week with the Navy Seals, and Maquiladoras. She was awarded the Best On-Air Talent ‘Anchor,’ award and her benefactions to the news at 5 p.m, 7 p.m, and 11 p.m.

In 2011, she won the respected regional Edward R. Murrow Award for her story Tracking the Mexican Mafia-Inside Donovan State Prison. Hunt’s body of work earned her the Attorney General’s Crime Prevention Award. Reporting on the Super Bowls, the Academy Awards, and Political conventions is what Hunt has experienced.

In addition, she also gained two industry honors, including her report on sex trafficking and for her coverage of Open Air Brothels in San Diego’s canyons.