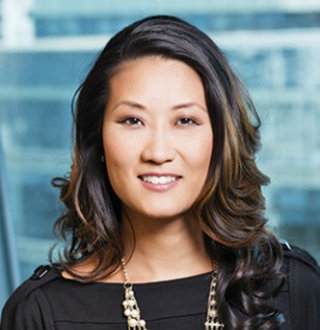 A native of Florida, Katie Phang is an American trial attorney and media relations and crisis management consultant. She is the co-founder and co-owner of Phang & Feldman P.A.

Phang stands at an average height of 5 feet 6 inches and is of moderate body weight. At 42, Katie looks very stunning for her age.  She has light brown hair and beautiful brown eyes. However, there is no detailed information about her body measurements.

Phang was born in Miami, Florida where she was also brought up. Her parents are named Jean and Michael Phang. Her mother is a retired nurse while her father Michael Phang was the dean of the University of Miami’s College of Engineering. He immigrated to the United States of America at the age of 19. He sadly died in 2019 on father’s day from complications related to Alzheimer’s.

Phang has been married to her husband Jonathan Feldman for years now.  Due to her discreet nature,  there is no much information about Phang’s marriage or when they two actually tied the knot. It is reported that Phang and her husband got married in a private wedding ceremony. Her husband Jonathan is also a lawyer. His areas of practice include professional malpractice litigation, financial services litigation, and bankruptcy. Phang has one daughter together with her husband named Charlotte.

Phang regularly contributes on both NBC News and MSNBC channels. She has been contributing on the news channels for over four years since January 2017.  As a legal contributor, Phang uses her trial experiences to provide analysis and commentary on multiple legal issues across the world.

Phang co-hosts CNBC’s new show Money Court alongside shark tank’s Kevin O’Leary, and Ada Pozo a former trial attorney, public defender, and judge. Money Court premiered on August 11,  2021. In the show, the three of them find ways to settle financial disputes between family members with Kevin giving his final ruling that the involved parties are supposed to abide by.

Katie is currently serving as a legal contributor at NBC News and MSNBC. She joined the news channels back in January 2017. She was previously a partner at Berger Singerman LLP in Miami. While there, she represented different groups of people in complex commercial litigation, marital, and criminal matters.

In addition, Phang has authored and edited the 10th edition of the “Florida Practitioner’s Guide: Civil Trial Preparation” and is an Adjunct Professor of Litigation Skills at the University of Miami.

As of 2021, Katie’s net worth is estimated to be $5 million. Her main source of income comes from her successful career as a trial attorney and media relations and crisis management consultant. In addition, she co-hosts Money Court on CNBC.