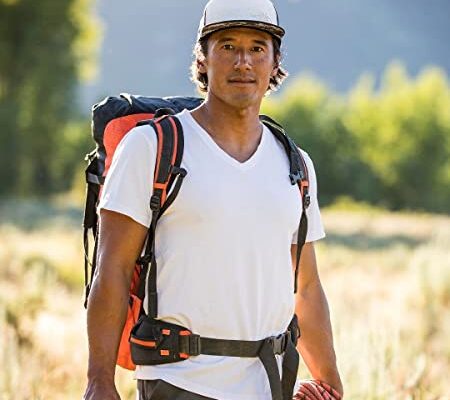 Chin graduated from Wayland Academy and was a 1996 alumnus of Carleton College, where he received a BA in Asian Studies.

Chin is happily married to film director and producer Elizabeth Chai Vasarhelyi. The couple was blessed with two kids; their daughter, Marina, and son, James.

Chin has an estimated net worth of $29 million dollars

Chin has operated with generosities and campaigns defending environmental rights. He has given master classes for the Rowell / International Campaign for Tibet to support Tibetan wildlife and culture. He has also partnered with the American Alpine Club to create an intentional resource for grieving.

His work with The Access Fund supports national monument rights. Chin sits on the board of the National Outdoor Leadership School (NOLS) and a contributing member of the Conservation Alliance since 2001.

Chin started filming in 2003 under the mentorship of Rick Ridgeway. He was a cinematographer for the National Geographic television special Deadly Fashion. He thereafter operated with David Breashears, shooting Ed Viesturs climbing to the summit of Mount Everest, and worked as a cinematographer with Chris Malloy of Woodshed films on the feature documentary 180 South.

In 2010, Chin began the commercial production company Camp 4 Collective with Tim Kemple and Renan Ozturk. He sold the company to his partners in 2014. He collaborated with his wife Elizabeth Chai Vasarhelyi to produce and direct the feature-length documentary Meru, about his 2011 climb. It premiered at the 2015 Sundance Film Festival, winning the US Audience Documentary Award.

On June 3, 2017, Chin led a team that filmed Alex Honnold on the first ever rope-free ascent of El Capitan in Yosemite National Park. Collaborating again with Vasarhelyi, they produced and directed the feature-length documentary Free Solo.[18] Free Solo went on to win the People’s Choice Award: Documentaries at the 2018 Toronto International Film Festival, the 2018 BAFTA Award for Best Documentary, and the 2018 Academy Award for Best Documentary Feature.

Chin and Chai’s 2021 documentary, The Rescue, chronicles the 2018 Tham Luang cave rescue, during which twelve boys belonging to an association football team and their assistant coach were rescued from inside a flooded cave in northern Thailand. The film, which premiered in select theaters in October 2021, won the People’s Choice Documentary Award at the Toronto International Film Festival and received generally positive reviews.