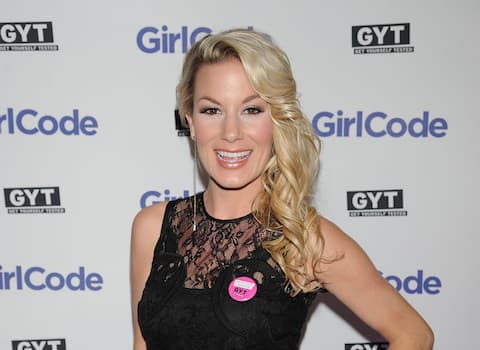 A native of Syracuse, New York, Jessimae Peluso is an American stand-up comedian and TV personality. She is known as a cast member of MTV’s Girl Code.

She attended Henninger High School where she graduated in the year 2000.

Peluso is not married. Other than that, she is a very private person hence there is no information on her current status right now. We cannot confirm whether she is dating or not.

Peluso was previously in a relationship with Yannis Pappas, a comedian from Park Slope, Brooklyn, New York. The two, however, ended their relationship.

Peluso began doing stand-up comedy after graduating high school in 2001. She did her standup comedy at the ImprovBoston in Cambridge, Massachusetts. Peluso went ahead and relocated to Brooklyn, so she could perform at notable venues, such as Broadway Comedy Club.

In 2013, Peluso made her TV debut after she was cast in MTV’s Girl Code, where she appeared in the first two seasons of the show. Girl Code is a comedy television series. It features female actresses, musicians, stand-up comics and a few men where the cast discusses the sisterhood that women share.

Peluso left the show before the premiere of the third season and continued to do comedy shows and also through her social media accounts.

Peluso even went on to create a running gag on social media about her having a “crush” on John Stamos. She has since been touring different comedy clubs and doing stand-up shows together with Carly Aquilino.

Peluso is the host of a weekly podcast known as Sharp Tongue. The podcast is described as one where; Peluso, “holds nothing back in this hilariously fun and sometimes heartbreakingly candid podcast about comedy, sex, loss, and an eternal pursuit for the funny.

“It will feel like a conversation with that friend who always keeps it real. Each week is something NEW featuring comedian guest hosts, movie interruptions, live stand-up comedy clips, and more!”

Peluso is the host of the Netflix series, Tattoo Redo. In the show, top artists transform tattoo disasters into stunning cover-ups. The designs of the cover-ups are chosen by the clients’ loved ones.

Peluso stands at a height of 5 feet 6 inches.

Peluso has an estimated net worth of around $1 million.