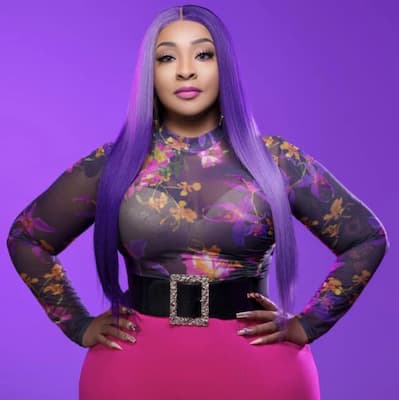 A native of New Orleans, Louisiana, Jesseca Dupart is an American entrepreneur who is best known as the founder and CEO of Kaleidoscope Hair Products.

Dupart embarked on a weight loss journey from 2018 when she weighed 204lbs. By September 218, she was weighing 204lbs and was hoping to drop it all the way to 190lbs.

She also worked with Candace Brisco, a diet coach as well as waist garments designer, PREMADONNA. Dupart was eventually able to achieve her goal.

Dupart is in a relationship with Da Brat. The couple made their relationship official in March 2020. Da Brat whose birth name is Shawntae Harris is an American rapper.

In 1994, Da Brat released her debut album, Funkdafied, which sold one million copies, making her the first female solo rap act to receive a platinum certification. She went ahead to become the second overall female rap act after Salt-N-Pepa.

Dupart has three children. She had her first child at the age of 15 and the second at the age of 17. During her second pregnancy, Jesseca was kicked out of her family home and ended up moving in with her then-boyfriend. Later at the age of 19 years, she has her third child.

One of Jesseca’s kids is a girl named Deja Dupart. She is 22 years old as of 2021. On March 28, 2020, Deja had a baby, a girl named Kenzie Ann Dupart. There is no more information available about Deja at the moment.

Later in 2019, Jessica was awarded the Key to the City of New Orleans by the mayor of New Orleans, LaToya Cantrell. This was in contribution to the philanthropy and business she has contributed to in the area

Dupart has an estimated net worth of around $5 million as of 2021.