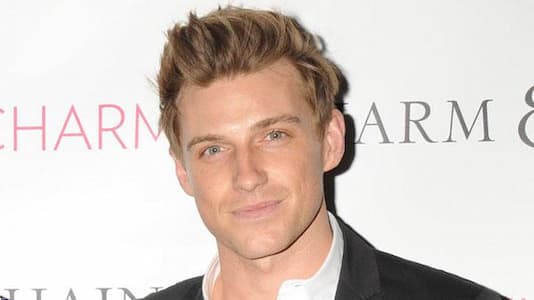 A native of Modesto, California, Jeremiah Brent is an American interior designer known as the founder of the design firm Jeremiah Brent Design (JBD).

Brent is also a television personality starring in the TLC series Nate & Jeremiah by Design. He is also the event designer on the 2020 Netflix reality series Say I Do.

Brent attended Modesto High School where he graduated in 2002. At the time, he went by the name Jeremy Johnson. In high school, Brent was active in drama, speech, and debate.

Two years after graduating high school, Jeremiah moved to Los Angeles at the age of 19. He spent the first year living on friends’ couches and in his Jeep. Brent later got his first apartment across the street from Covenant House; a shelter for homeless teens, which he later helped redesign.

Brent is the son of Gwen A. Johnson and Terry B. Johnson. While growing up, his mother worked as a paralegal in San Francisco and his father was a deputy sheriff in Modesto.

Brent is married to a fellow interior designer, Nate Berkus. The couple got married in 2013 after one year of dating. Their wedding took place in a Jewish–Buddhist ceremony which was officiated by the then-president of the Oprah Winfrey Network, Sheri Salata.

He and Nate were in 2014 featured in the clothier Banana Republic’s “True Outfitters” ads in InStyle and Rolling Stone. According to The New York Times, the two were the first same-sex couple to be featured in ads for the magazines.

Brent had his big break in 2011 after becoming a styling associate to Rachel Zoe on her syndicated show The Rachel Zoe Project in the fourth season of the show. He would later go on to become the host of the Emmy Award-winning show Home Made Simple.

Brent and his husband Nate host a show on HGTV known as The Nate & Jeremiah Home Project which premiered on October 5, 2021. The show follows the two as they help families moving into a new place let go of the things they no longer need to get a fresh start.

Jeremiah Brent Say I Do

Brent starred in the 8-episode first season of an American reality television series known as Say I Do which debuted on Netflix on July 1, 2020. Every episode of the series features a team of three professionals; Jeremiah Brent, Thai Nguyen, and Gabriele Bertaccini.

On the show, Brent serves as the design expert, Thai Nguyen as the fashion expert, and Gabriele Bertaccini as the food expert.

Why Did Jeremiah Brent Change His Name ?

On August 25, 2014, Jeremiah legally changed his name from Jeremy Clevenger Johnson to Jeremiah Brent Berkus. The exact reason as to why he changed is not yet known.

Brent has an estimated net worth of around $3 million.