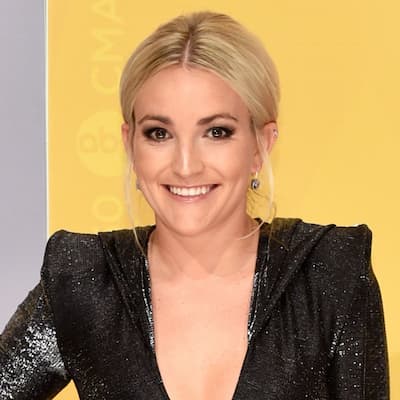 Jamie Lynn Marie Spears a native of Mississippi, is an American actress and singer best known for her character as Zoey Brooks on the Nickelodeon teen sitcom Zoey 101. She is also known for being the younger sister of singer Britney Spears. In 2014, she released her debut single “How Could I Want More” from her debut EP in Country music called The Journey.

She got songwriting credits for Jana Kramer’s certified Platinum single, “I Got the Boy” in 2015. The following year, she released her documentary titled Jamie Lynn Spears: When The Lights Go Out. As of 2020, she plays the role of Noreen Fitzgibbons in the Netflix romantic drama series Sweet Magnolias.

Lynn spears stand at an estimated height of 5 feet 4 inches (1.64 meters). She weighs about 57 Kgs (125 lbs). The actress has naturally blonde hair and beautiful brown eyes. There are, however, no further details about her body measurements.

Jamie was born in McComb, Mississippi, and raised in Kentwood, Louisiana. Her parents are James Spears and Lynne Spears. She has two older siblings, singer Britney Spears and Bryan Spears. Regarding her education, she went to Parklane Academy. She, however, received her GED in February 2008 in the Tangipahoa Parish School System Adult Education Center.

Jamie Spears seems to be in an ongoing beef with her sister singer Britney Spears. Spears has just released her book titled “Things I Should Have Said” on January 18, 2022. In the book, she talks about her sister and the experiences she has had over the years. However, in an interview, the actress says that the book is not entirely about her sister and she just wanted to set the record straight in order to protect her family’s well-being. Britney Spears has since then threatened action against her.

Lynn is happily married to her husband Jamie Watson. The two got married on March 14, 2014, in New Orleans. The two had been in an on-and-off relationship until they got engaged in March 2013. Jamie is a businessman. He owns the communications service Advanced Media Partners. Spears and Jamie have a daughter together Ivey Joan Watson. Jamie is step-father to Spears’ first daughter Maddie Briann Aldridge.

Spears announced her pregnancy on December 20, 2007, in an interview with OK! Magazine. She was only 16 years old by then. Her former boyfriend Casey Aldridge is the father of her first daughter. In 2008, the two got engaged. In May the same year, they purchased a house in Liberty, Mississippi. Her daughter Maddie Briann was born on June 19, 2008, in McComb, Mississippi. They broke off their engagement in March 2009 and reconciled in August 2010. They again broke up in November 2010.

Spears has two daughters. Her first daughter Maddie Briann Aldridge was born on June 19, 2008, in McComb, Mississippi. She is 13 years old as of 2021. In 2017, when spears, her husband Jamie Watson, and daughter Maddie were at her husband’s parents’ home, Maddie went for a ride on her ATV. Unfortunately, the ATV submerged in a pond with Maddie still strapped on it. She survived any brain damage.

Jamie made her acting debut in February 2002 after appearing in the Paramount Pictures drama film Crossroads. The film starred her sister Britney who played the role of Lucy Wagner. Jamie’s character was the younger version of Britney’s character. Jamie was later cast to perform in the eighth season of Nickelodeon’s comedy series All That. Her most notable role was Zoey Brooks in Nickelodeon’s Zoey 101. The show ran from January 9, 2005, to May 2, 2008

In 2011, Lynn started working on a country music album with local music producers. She then performed at a small concert at the Rutledge in Nashville. Her first single “How Could I Want More” came out on November 25, 2013. Her EP The Journey was released on May 27, 2014. Spears got songwriting credits for Jana Kramer’s certified Platinum single, “I Got the Boy” in 2015.

Her second single “Sleepover” was released on June 24, 2016. In April 2017, Spears presented and performed at Radio Disney Music Awards. On July 13, 2018, Spears and her daughter Maddie appeared in an episode of the Nickelodeon game show Double Dare. They won over $15, 000 which they donated to the New Orleans hospital.

As of 2020, she plays the role of Noreen Fitzgibbons in the Netflix romantic drama series Sweet Magnolias. In July 2020, Spears and the original cast of Zoey 101 appeared in an episode of the eleventh season of All That. Spears and Chantel Jeffries also recorded a new version of Follow Me, the show’s theme song. They released a music video that starred JoJo Siwa, Dixie D’Amelio, Gigi Gorgeous, Eva Gutowski, Loren Gray, Lynne Spears, and Spears’ elder daughter Maddie.

Jamie released her book titled Things I Should Have Said on January 18, 2022. A few months prior, Worthy Publishing, an imprint of Hachette Book Group had announced in July 2021 that Jamie’s book had been in progress over the past 12 months. Part of her book’s sale was to go to This Is My Brave a mental health organization. They, however, declined the offer after the negative reaction from the public.

Lynn Spears has an estimated net worth of $6 million.