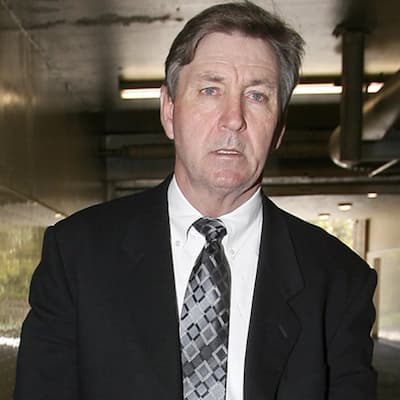 James Parnell Spears a native of Louisiana, is an American celebrity known best as the father of singers Britney Spears and Jamie Lynn Spears and producer Bryan Spears. He came into prominence after his daughter’s Britney conservatorship case and the movement to terminate it.

Spears was born and raised in Kentwood, Louisiana. He was born to his parents June Austin Spears and Emma Jean Spears. His father died in 2012 while his mother died in 1966 from suicide on the grave of her infant son. Spears has five siblings; William Spears, Jeanine Spears, John Spears, Austin Spears, and June Spears.

Spears has been married twice. His first marriage was to Debbie Sanders Cross from 1972 to 1975. His second marriage was to Lynne Irene Bridges. They tied the knot in 1976 and divorced in 2002. She had first filed for divorce in 1980 but then requested a temporary restraining order. In 2010, they reunited but did get married. They completely ended their relationship in 2020. Their marriage has been blessed with three children; Bryan Spears, and daughters Britney Spears and Jamie Lynn Spears.

Spears lives in an RV, a motor home. Despite his wealth and his full control of his daughter’s $60 million estate, he chose to live a quiet life in his trailer. He parks the RV in a storage facility parking lot in the outskirts of Kentwood, Louisiana. The storage also contains a warehouse that stores Britney Spears’ memorabilia.

On February 1, 2008, was placed under an involuntary conservatorship with her father James Spears having full control of her $60 million wealth. By 2019, a movement to terminate the conservatorship had gained massive attention from the media and Britney’s fans. The movement was named #FreeBritney. It got support from multiple celebrities like Cher, Paris Hilton, and Miley Cyrus.

With all the petition and movement, Judge Brenda Penny ordered the conservatorship to be re-evaluated by an expert in May 2019. On September 10, 2019, Jodi Montgomery, Britney’s longtime care manager replaced James as the conservator. In November 2020, the Judge approved Bessemer Trust to be the co-conservator with James Spears.

Britney spoke against her father on June 23, 2021, stating that he checked her into rehab and a mental facility in 2019 against her will. On September 29, 2021, James was suspended as conservator by Judge Brenda Penny. On November 12, 2021, the judge terminated the conservatorship.

As of 2022, Parnell Spears has an estimated net worth of $5 million.

James appears to not have a Twitter account at the moment. This information will, however, be updated soon.