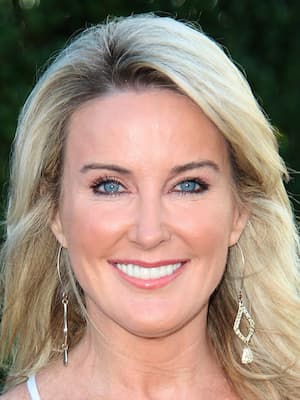 Born in Charlotte, North Carolina, Heather Childers is an American television news anchor who works as a co-anchor of the American Agenda on Newsmax TV.

Heather began her career at WCNC-TV in Charlotte as a producer and reporter in the early 1990s. She also worked in other TV stations in Albany, Georgia, and then Asheville, North Carolina, at WLOS, the ABC affiliate.

Childers began working at Fox News Channel in November 2010 as a general assignment reporter. She previously anchored ‘Fox & Friends First’ while working at the channel.

Childers later became the host of the first installment of Fox & Friends First, from 4-5 a.m in 2017. She eventually left the station in July 2020 after the network confirmed the termination of her contract.

After leaving Fox News Channel, Childers announced in November 2020, that she would be s co-anchoring American Agenda alongside Bob Sellers on Newsmax TV.

American Agenda is a “fast-paced look at national news and international events. The program brings viewers the latest from Washington, with insightful analysis from lawmakers and experts, and media reports from New York and around the globe.”

Childers stands at a height of s 5 feet 9 inches. She weighs 64kg.

Childers’ parents are Tobe and Barbara Childers. She has a sister named Scarlett who is an elementary school teacher in the Charlotte-Mecklenburg district. There is no more information available about her parents and sister.

Childres is not yet married. However, Heather is rumored to be in a relationship with a man named Tom Zban. Tom is a radiologist in Charlotte and a former Virginia Tech football player.

Heather Childers Salary and Net Worth

It is not yet known how much Childres earns as co-anchor of the American Agenda on Newsmax TV. She has an estimated net worth of $4.5 million.