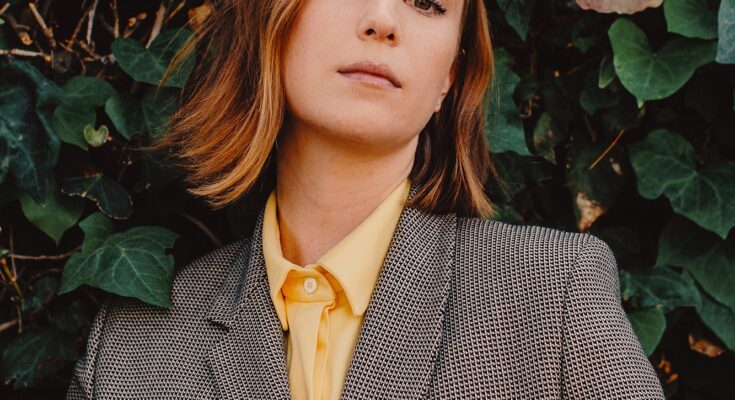 Born in Los Angeles, California, Hannah Einbinder is an American comedian, actress, and writer. She is famously known for starring in the HBO Max series Hacks.

This role earned her a nomination for a  Primetime Emmy Award in 2021 and has been nominated for a Golden Globe Award in 2022.

Hanna went to Chapman University where she earned a Bachelor of Fine Arts degree in television writing and production.

Hannah is the loving daughter of Chad Einbinder and Laraine Newman. Her father is a writer while her mother is an original Saturday Night Live cast. Hannah’s family is Jewish. She grew alongside her brother, Lena N. Einbinder, in Los Angeles.

Hannah is bisexual. She is currently in a relationship with Ellie Neilson. The couple began dating in 2015.

Einbinder starred in the Just for Laughs festival’s New Faces showcase in 2019. She was named by National Public Radio as one of the 10 standouts to watch. Hannah was also named one of Vulture’s best new up-and-coming comedians to watch in 2019. In March 2020, she made her national television debut on The Late Show with Stephen Colbert at the time the youngest person to do a stand-up set on the show. It was also the show’s last on-stage stand-up performance for fifteen months as the COVID-19 pandemic set in.

Hannah has made a great fortune from her career. She has an estimated net worth of between $1 million to $5 million.