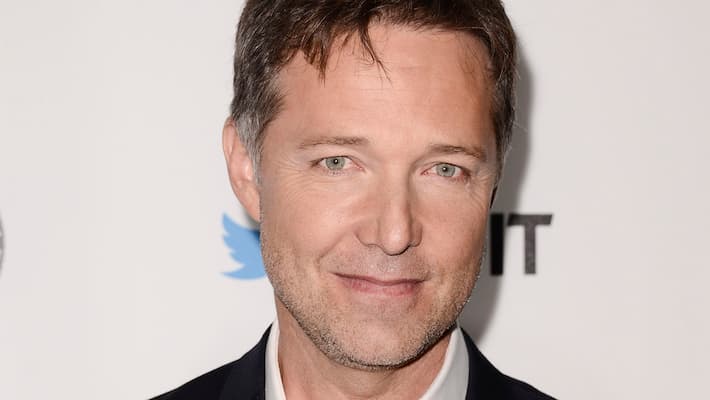 Born in Little Rock, Arkansas, George Newbern is an American actor best known for his roles as Charlie in ABC show Scandal.

Newbern is married to Marietta DePrima. The couple got married in 1990 and have been together ever since.  Marietta is an actress as well and is known for her role as Sally Rogers on the ABC/UPN sitcom, The Hughleys.

Newbern portrayed the character Steven Baleman, In Criminal Minds.  Steven is a serial rapist turned killer, who appears in the Season Four episode, Soul Mates. He is also one-half of a predatory killing team along with William Harris.

As a voice actor, George is notable for his role as Clark Kent/Superman on the Cartoon Network series Justice League, Static Shock and Justice League Unlimited as a replacement for Tim Daly due to his contractual obligations elsewhere.

Newbern reprised his role as Superman, in The Batman fifth season, two-part opener “The Batman/Superman Story” and the series finale episode “Lost Heroes.”

Newbern also reprised his role as Superman in the DC Showcase short Superman/Shazam!: The Return of Black Adam and as well as Superman vs The Elite.

On February 26, 2016, The DC Universe Online Facebook page, reported that Newbern would be taking over the role of Superman from Adam Baldwin.

George also provides the voice of Superman in the game Injustice: Gods Among Us and its sequel.

George Newbern Father Of The Bride

At father of the bride, George Banks (Steve) and his wife Nina (Diane) are the parents of Annie (Kimberly Williams). When Annie returns from studying abroad and announces that she’s engaged, their whole world turns upside down, especially that of the overprotective George.

In Friends, George played the role of Danny, a man who Rachael briefly dated and who also lived in Rachael and Monica’s apartment building.

Newbern has served as a narrator of several audiobooks by various authors. To listen to George’s Audiobooks, click here. He is the narrator of these books.

Newbern has an estimated net worth of $4 million.