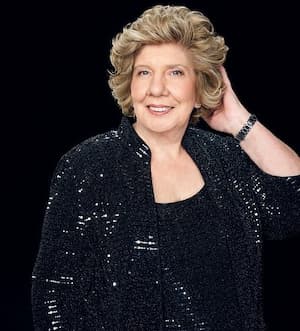 Faye Chrisley a native of South Carolina, is an American reality tv personality. She came into prominence after appearing on the reality tv show Chrisley Knows Best. The show premiered on March 11, 2014, featuring her son real estate tycoon Todd Chrisley, his wife, and their children.

Chrisley was born on the 2nd of September, 1943, in South Carolina. She is 77 years old as of 2020.  There have been several rumors about Faye’s death but she is alive, healthy, and still energetic at 77 years.

Chrisley appears to be of short stature standing at an approximated height of 5 feet 2 inches. Faye is of average body size weighing about 85 Kgs. She has blond hair and beautiful blue eyes.

Nanny Faye was born and raised in Westminster, South Carolina. She has not disclosed any information about her parents or her childhood to the public. Despite the fact she is a well-known tv personality, Faye has always preferred to keep some of her personal information private.

Nanny Faye was a happily married woman to her deceased husband Gene Raymond Chrisley. Gene sadly passed on July 11, 2012, at the Emory University Hospital. This was almost two years before their reality show started. Raymond Chrisley was a war veteran and served during the Korean war. During his time in the battlefield, he was awarded a Bronze star for showing bravery.

Chrisley and her deceased husband have three sons. Her firstborn son is real estate millionaire Todd Chrisley. He is followed by Randy Chrisley then the youngest is Derrick Chrisley. Derrick sadly passed on. Randy has a son who was diagnosed with stage 4 cancer in 2014. There is no further information about her other sons.

Nanny Faye is a grandmother to eleven grandchildren; Lindsie Chrisley Campbell, Kyle Chrisley, Savannah Chrisley, Chase Chrisley, Grayson Chrisley, and the rest whose information is not yet available.

Nanny Faye together with her son Todd, his wife, and kids star in the reality tv show Chrisley knows Best. The show has a total of 8 seasons and airs on the USA Network. Its first episode was released on March 11, 2014.  The show initially took place in Roswell and Alpharetta. It was moved to Nashville, Tennessee on its fourth season. Faye also appears on the show’s spin-off Growing Up Chrisley featuring her grandchildren Chase Chrisley and Savannah Chrisley.

Nanny Faye has an estimated net worth of $600, 000. Her main source of income comes from her appearances on the tv shows Chrisley Knows Best and Growing Up Chrisley.