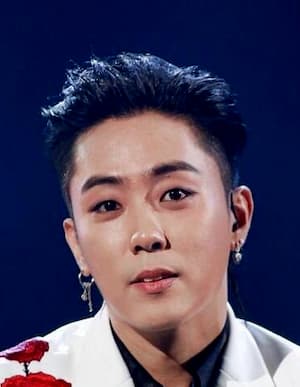 Eun Ji-won is a Southern Korean rapper, singer, dancer, actor, and host. He was also the leader of the first-generation idol group Sechs Kies. The group broke up in 2000. In 2001, Eun began his solo career after releasing his first single “A-Ha”. He has since then mainly focused on hip hop. Sechs Kies had a reunion concert on April 14, 2016, through the popular program Infinite Challenge. They signed YG Entertainment.

The actor stands at an approximated height of 5 feet 9 inches. His bodyweight is moderate. There are no further details about his body measurements. These measurements will however be updated as soon as they are available.

Eun was born and raised in Seoul, South Korea. He was born to his parents Eun Hee-man and Kim Seong-ah. His mother was part of a girl group called “Lily Sisters”. His great-uncle Park Chung-hee and his aunt Park Geun-Hye from his paternal side served as South Korea’s president. Eun’s aunt would, however, be impeached soon after.

Eun is currently divorced. He was married to his ex-wife Lee Sooyeon for about two years from April 2010 to August 2012. It was in February 2010 that Eun announced his wedding to Lee Sooyeon. They met back in 1994 in Hawaii. They broke up but later re-united after 13 years when Eun returned to South Korea. Sooyean is two years older than him. Eun and his ex-wife do not have a child together.

Ji-won together with Kang Sung-hoon was discovered by Lee Ho Yeon, a Daesung Entertainment in Hawaii. He then formed a six-member group with Eun as the leader, main rapper, and sub-vocalist. The group made its debut in 1997 and disbanded after 3 years in 2000. On October 17, 2016, the group got the chance to talk about their disbandment. Even though the group disbanded, Eun has been able to perform with some of the ex-members including; Kang Sung-hun and J-Walk Kim Jae-duck, and Jang Su-won in 2002 and 2007.

In 2004, he starred in Marrying a High-School Girl as Park Ondal. After some time off the industry, Eun released a single “Adios”. On October 30, 2007, he released his album Love, Death, Introspection. Ji-won is part of 13 Creative Unit, a subsidiary of Eyagi entertainment. Eun has also appeared on the KBS reality-variety show Happy Sunday: 1 Night 2 Days. In 2008, he released G Code with its single “Dangerous”.

In 2009, Eun launched his own company GYM Entertainment. Singer and rapper Gilme was the first artist to work with the company. After a year, Eun released his full-length studio album, Platonic with its lead single being “Siren”. Eun formed a new group with Gilme and Mr. Tyfoon called Clover on March 31, 2011. They released a mini-album with its single “La Vida Loca”.

Eun starred in the tv show “Reply 1997” alongside Moon Hee-Joon, Tony An, Chun Myung-hoon, and Danny Ahn. They called themselves “HotSechgodRG” The show premiered on April 16, 2013. The group would then star in a new show called W.I.S.H. (Where is My Super Hero?) on OnStyle. Eun also had his own travel reality show Plan Man. Sechs Kies reunited in 2016 and signed a contract with YG Entertainment.

The group released a song on October 7 called Three Words. They released their album “2016 Re-ALBUM” on December 1st. The group released another album The 20th Anniversary on April 28, 2017. It was disclosed on June 6, 2019, that Eun would release his sixth album G1. The album’s lead single “I’m On Fire”, featured Blue D a female vocalist.

It is reported that Eun has an estimated net worth of $1.5 Million. He has earned his net worth from his successful career as a rapper, singer, dancer, actor, and host. 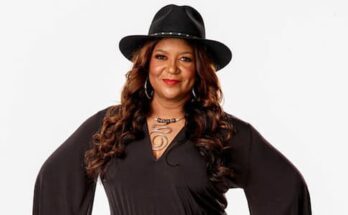