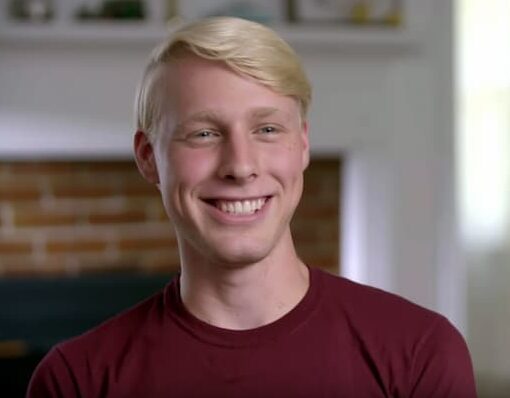 The American native, Ethan Plath is a reality television personality. He gained fame after he was featured on TLC’s television series, Welcome to Plathville. The show mainly focuses on the Plath family’s lives and how their parents raised their children without contemporary amenities like movies and social media.

Plath is the loving son of Kimberly Doherty, his mother, and Barry Robert Plath, his father. His mother works as a naturopathic doctor while his father is a transportation planner. In addition, he has nine siblings.

However, in 2008, he lost her brother called Joshua. he is nonetheless close to his sister called Moriah Plath who was in a relationship with Max. His other siblings are Hosanna (sister), Micah (brother, Isaac (brother), Amber (sister), Cassia (sister), Lydia (sister), and Mercy (sister).

Ethan Plath is a married man. He is happily married to Olivia Marie Plath. The beautiful couple initially met at a Christian camp in 2014. Although Olivia never liked Ethan, she knew that he had a crush on her. It was not until 2016 that the duo started dating and started going out for dinners. It was Ethan’s mother that encouraged the two to start dating. Ethan proposed to Olivia on November 3rd, 2017, and a year later on October 13th, 2018, the beautiful love birds tied the knot.

Though she and Ethan do hope to have children someday down the road, Olivia didn’t feel ready at the time to welcome a baby into the world. On the August 31st episode of the TLC series, Welcome to Plathville, Olivia opened up and shared the news that she had miscarried her first child with her husband, Ethan. The reality television star spoke about motherhood in an honest conversation with sister-in-law Moriah Plath.

According to Ethan’s photos on his social media accounts, he is a lover of cars. Moreover, he is very vocal about his interest in restoring old cars and collecting them, if possible. In addition, he has a keen eye for luxury sports cars and his Instagram bio even says he is a “lover of cars” and that he’s always looking for a new project.

This is probably because Ethan is a mechanic. He explained in one of TLC’s extra segments focusing on members of the Plath family that he has always had an interest in machinery and how things work. Paired with his love of cars, it made sense for him to seek a career as a mechanic. He could eventually open his own shop, especially if he and Olivia are making a little extra cash from being on Welcome to Plathville, but for now, he seems content in his job.

She explained to producers, “We got the king and queen of hearts for our couple tattoo. I think it’s kinda cute, like, the king and queen of each other’s hearts.” Her hubby agreed, noting, “I thought it was something romantic to each have something from the other.” Both expressed they were glad to have gotten the artwork, with Olivia describing the tattoos as “classy.”

In September 2021, Ethan and Olivia’s home sold for $150,000, according to a report from The Sun. The couple bought the home for $109,000 in 2018. Olivia shared about her move to Tampa, Florida, and her excitement to escape Cairo on her social media platforms.

Plath has made a great fortune from his career as a mechanic. He has an estimated net worth of $500,000.