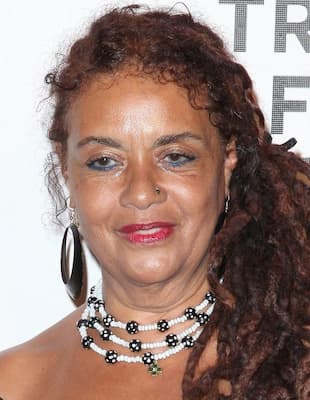 A native of New York, Diahnne Abbott is an American actress and singer known for her roles in films of the 1970s and 1980s, including Taxi Driver in 1976.

Abbot also played the object of De Niro’s affections in Scorsese’s 1983 film, The King of Comedy, as well as roles in the television series Crime Story (the character of Sonia) and the 1986 film Jo Jo Dancer, Your Life Is Calling as Mother.

She is cousin to singer Gregory Abbott, known for his 1986 song “Shake You Down.”

Abbott is of multiracial ethnicity. She is of Venezuelan ancestry from the maternal side and Antiguan, African from her father’s side.

Abbott was previously married to the father of her daughter, a man that she has not revealed to date. The marriage ended although the exact details of the marriage are unavailable.

She later met Robert De Niro, an Italian American actor, director, and producer. Their meeting is rather interesting. They were chosen to play characters in the movie Taxi Driver and in order to reach the sets, they coincidentally boarded the same taxi.

They started talking during the short trip and Abbot told Robert about her previous marriage, daughter, and divorce.

They soon began dating and got married in 1976. The couple together had a son named Raphael De Niro, who was born in 1977 and was named after the hotel where he was conceived. The couple divorced in 1988.

The movie is about a disturbed loner Travis Bickle, who is suffering from insomnia and who takes a job as a New York cabbie, haunting the streets nightly, growing increasingly from reality as he dreams of cleaning up the filthy city. When he later meets pretty campaign worker Betsy, Travis becomes more obsessed with the idea of saving the world. First by plotting to assassinate a presidential candidate, then by directing his intentions toward rescuing 12-year-old prostitute, Iris.