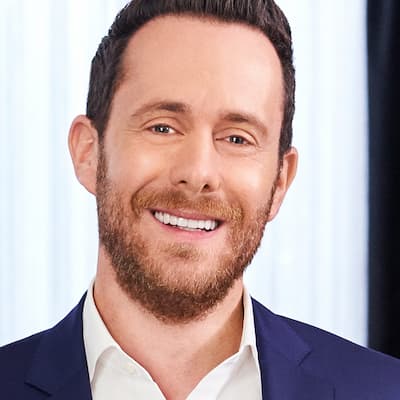 Parnes became widely known for starring on Bravo Tv’s reality series, Million Dollar Listing Los Angeles. He made his debut on the show during its seventh season.

Parnes graduated with a Bachelor of Arts with Honors degree in Economics and Politics from the University of Manchester.

Parnes stands at a height of 5 feet 7 inches.

There is no much information available about his parents. He occasionally posts them on his Instagram page. He has a big brother named Michael and two sisters named Natalie and Alexandra.

Parnes has a brother named Michael Parnes. In October 2016, David shared some sad news about his brother who he revealed was diagnosed with a brain tumor at the beginning of 2016.

After the diagnosis, Michael has two brain surgeries followed by a treatment plan which included radiotherapy and chemotherapy. Speaking about journey recovering, Michael said;

“There’s too much I want to do with my life. You have to have a positive mindset. It’s very important. It’s not something you can force on yourself. You just have to be.”

He continued, “I want to live and then you feel excited to still be here. I value life so much. I wake up excited to be here.”

Parnes is married to Adrain Abnosi. The couple met at a restaurant in West Hollywood. The couple began dating and got engaged in 2016 in Capri and eventually got married in 2017 in France.

“I met David just weeks after I lost my mother to cancer, and the amount of light and love he has brought into my life is truly unbelievable.” His wife once revealed.

Parnes and his partner James Harris co-founded a Real Estate firm known as the Bond Street Partners. The two have made some very notable sales. This includes the $120 million dollar sale of 594 S. Mapleton in Holmby Hills—also known as The Manor. This particular sale is the record for the highest sale in Holmby Hills and the 6th highest sale in U.S. history.

They also made the highest sale in Beverly Hills history in 2019 after they represented a seller in the $72.5 million dollar sale of a home in the Trousdale area of Beverly Hills.

The partners also made the highest sale in 2019 in the Beverly Flats for $32.3 million as well as the highest since 2012 in the Hollywood Hills/Sunset Strip for $35.5 million. These are just but a few of their impressive sales.

They were ranked number 12 on the Los Angeles Business Journal’s list of Residential Real Estate Agents for 2017 and number 34 in 2018.

So how did this Real Estate Agent find himself in Los Angeles? After graduating from the University of Manchester, David worked at a hedge fund. He eventually moved on to represent a private portfolio of real estate assets in Europe.

During his breaks from work, Davis spent his summers in Los Angeles. He was drawn to the sunshine, warm and friendly people, and vast potential of the city’s real estate market. This influenced him to move to Los Angeles permanently in 2009 together with his friend and business partner James Harris.

Parnes has an estimated net worth of around $6 million.