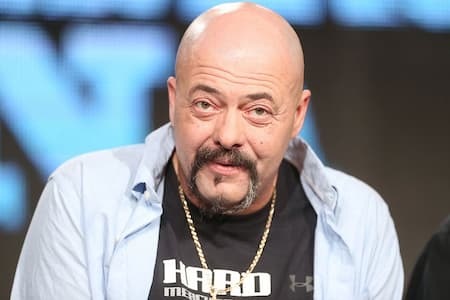 Marciano does not come from a family of fishermen and he is the first person in his family to work in commercial fishing. While in highschool, he took up a job as a fisherman.

Marciano is married. His wife is known as Nancy Marciano.  The couple got married in 1990 after dating for a while. They have been together since then.

His wife, Nancy, is also very knowledgeable in matters fishing and has been very helpful in her husband’s career. She used to fish with her father and elder brother.

Marciano and his wife have three children together. The names of their children are;  Angelica Elizabeth Marciano, Joseph aka Joe Marciano, and Eva Rose Marciano.

Marciano and his wife have two daughters named Angelica and Eva Rose. Eva is attending Elementary school and Angelica is a college student and she also helps run the family business. She works as a deckhand in her father’s ship.

Marciano is a cast member of the reality TV Show Wicked Tuna on the National Geographic Channel.  The show, Wicked Tuna is based on the commercial tuna fishermen in Gloucester, Massachusetts.

The fishermen fish for the Atlantic bluefin tuna in the North Atlantic Ocean. They compete on which team catches many tunas.

Marciano is the Captain of the fishing vessel Hard Merchandise. Hard Merchandise is a 38ft Danielshead solid fiberglass Novi boat that was completely rebuilt in the winter of 2019-2020.

His first fishing boat was named Angelica Joseph after his first two oldest children. When speaking about his retirement, Marciano said; “I don’t know if I truly ever will retire but it would be great to get to a point in my life when I could go fishing when I want to, not because I have to.”

Dave Marciano Net Worth and Salary