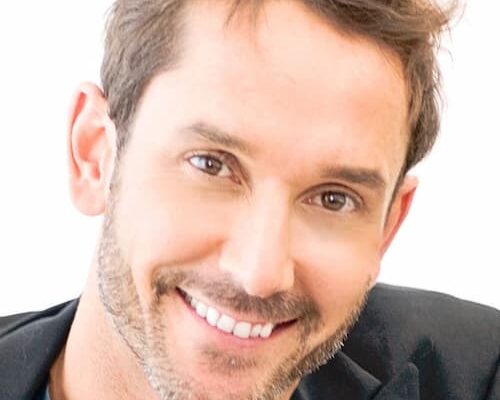 A native of Newcastle, Australia, Damian Smith is a retired ballet dancer. He was a principal dancer at the San Francisco Ballet. He is currently the artistic director of The National Theatre Ballet School in Melbourne.

Smith was born in 1972/1973 in Newcastle, New South Wales, Australia. He is yet to disclose information about his exact date of birth. The retired ballet dancer is either 48 or 49 years old.

Damian appears to be quite tall. His height is not less than 6 feet. He has moderate weight. Further details about his body measurements will be updated as soon as it is available.

Smith was born and raised in Newcastle, New South Wales, Australia. His mother is a teacher. His father, unfortunately, died although information about his day of demise is not known. Further information about his parents is not will be updated as soon as it is available. He was raised alongside his five siblings.

Smith started ballet when he was 9 years old. He joined Robyn Hick School of Dancing after being offered free tuition at the school. Smith later joined The McDonald College in Sydney where he trained. He was then offered a scholarship at the School of American Ballet in New York City.

In 1998, Smith joined San Fransico Ballet and soon after was promoted to soloist. In 2001, he became a principal dancer. Throughout his career, he has performed as a guest artist in the US, Australia, France, the UK, the Netherlands, Hong Kong, and Germany. Smith’s repertoire includes full-length classics and works by Kenneth MacMillan, Frederick Ashton, and George Balanchine.

San Francisco Ballet apeared in Théâtre du Châtelet, Paris in 2014. After the appearance, Smith left the company. After this, he performed at other several galas. His last performance was in 2016 in Sydney. He made a guest appearance with The Australian Ballet dancing Wheeldon’s After the Rain pas de deux with Robyn Hendricks.

Smith has an estimated net worth of $1.5 million. His main source of income came from his career as a ballet. He is currently artistic director of The National Theatre Ballet School in Melbourne.