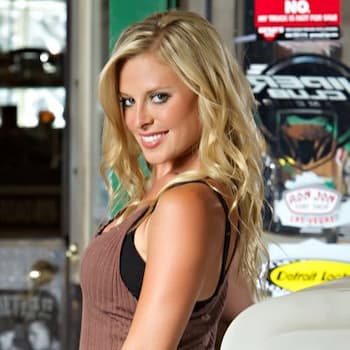 A native of Daytona Beach, Florida, Cristy Lee is an American TV host and actress who is best known as a cast member and host of the reality show All Girls Garage.

As a TV host, Cristy is known to host Celebrity IOU Joyride, Barrett-Jackson Live and co-hosting Garage Squad; All Girls Garage. She has also worked as a Motorsports reporter.

Lee is the daughter of Barry and Jean MacCoy. Her father Barry is a mechanic and is credited with Cristy’s love towards motorcycles and cars. He owns a local shop. There is no information available about her mother.

Cristy Lee The All Girls Garage

“Come into the All Girls Garage and meet Bogi and Faye, a team of accomplished automotive technicians. Together they tackle everything from maintenance and performance upgrades to fabrication and engine swaps.

“In each episode, they break down complex projects into DIY-friendly steps, while showcasing each woman’s unique expertise in the world of automotive repair and service,” The All Garage website reads.

On April 2, 2020, Cristy revealed that she had undergone surgery in a tweet that read; “Just over a week outta surgery and I’m feeling good…Thanks to all the well wishes everyone…back to 100% soon!!”