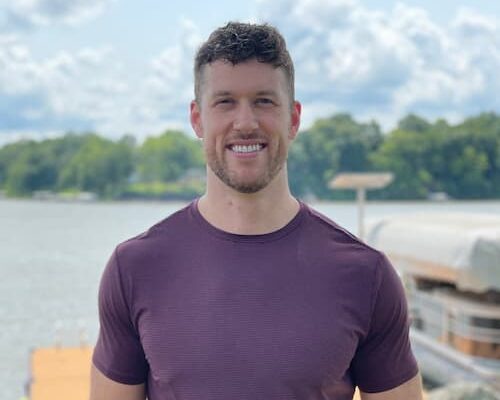 Clayton Echard a Missouri native, is a former professional athlete, sales representative, known as the lead bachelor on the 26th season of The Bachelor.

The former athlete stands at an estimated height of 6 feet 4 inches and weighs about 116 Kgs. According to his photos, he appears to be a gym fanatic. He has dark brown colored hair and dark brown eyes.

Echard was born and raised in Columbia, Missouri, United States. He has not yet disclosed any information about his parents or siblings if he has any. This information will however be updated as soon as it is available.

Echard has not yet disclosed any information about his past dating life.  Joining both the Bachelor and Bachelorette, Echard is hoping that he finally finds the love of his life. The 28-year-old is ready to start a serious relationship.

Clayton is currently working as a sales representative at Stryker. He is responsible for sustaining consistent growth in both the Joint Reconstructive and Trauma fields. He joined the company in January 2016. Echard first started work as a sales associate for the company.

As a former professional athlete, Clayton played for the University of Missouri team; Missouri Tigers Football. He was also able to graduate with a Bachelor’s degree in Health Professions and Related Clinic Sciences, a minor in both Spanish and Business.

After his college career, he joined Seattle Seahawks. He practiced daily with the team and was able to play in 4 preseason games. He, unfortunately, did not make the final roster.

Currently, information about his net worth is under review. His main source of income comes from his job as a  sales representative.