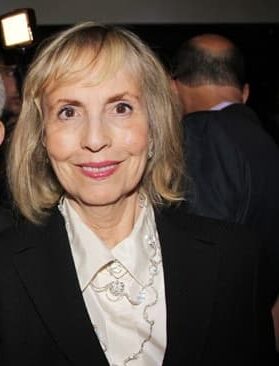 Born in the USA, Cindy Gilmore is an American actress and film producer known for her work in Gypsy and Sister Act (1992).

Gilmore is also popularly known as the wife of the late Ed, Asner, an American actor and president of the Screen Actors Guild.

There is no information available on Cindy’s parents, siblings, or upbringing. Despite being in the limelight, she has managed to keep her family information away from the public.

Gilmore and Ed got engaged to each other in 1991 and eventually got married on August 2, 1998. The couple stayed married until November 7, 2007, when Cindy filed for legal separation. Later in 2015, Asner filed for divorce.

Ed was known for playing Lou Grant during the 1970s and early 1980s, on both The Mary Tyler Moore Show as well as its spin-off series Lou Grant. Asner was the most honored male performer in the history of the Primetime Emmy Awards, having won seven of them.

Gilmore has one child, a son named Robin Gilmore. Her ex-husband Ed had four children from his previous marriage to Nancy Sykes which lasted from 1959 to 1988.

Asner died on August 29, 2021, of natural causes at his home in the Tarzana neighborhood of Los Angeles. He was 91 years old at the time of his death. News of his death was confirmed by his publicist on behalf of the family.

“We are sorry to say that our beloved patriarch passed away this morning peacefully. Words cannot express the sadness we feel. With a kiss on your head- Goodnight dad. We love you.”