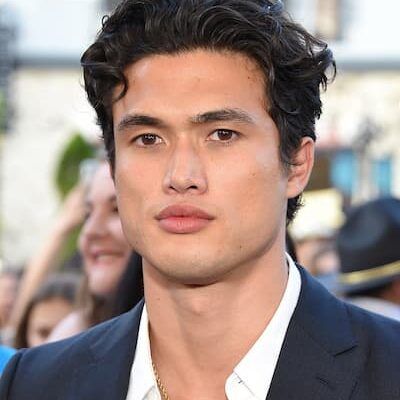 Charles Michael Melton a native of Alaska, is an American actor and model best recognized for his role as Reggie Mantle on The CW television series Riverdale. He also played the roles of Daniel Bae in The Sun Is Also a Star, and Rafe in Bad Boys For Life.

Melton stands at a height of 6 feet o inches (1.85 Meters) and weighs about 65 Kgs (143 lbs). His brown eyes go perfectly together with his black hair. His muscular body is an indication that he regularly works out. Further information about his body measurements will be updated soon.

Melton was born in Juneau, Alaska. His parents are Sukyong a Korean emigrant and Phil Melton an American with English and Cherokee ancestry. His mother moved to the United States in 1990. Due to his father’s job in the military, the family frequently moved. They have lived in Pyeongtaek, Gyeonggi, South Korea for almost 5 years. They finally settled in Manhattan, Kansas.

Charles is currently in a relationship with actress Camila Mendes. The two have been in an on-and-off relationship. In December 2019, the Riverdale co-stars decided to end their relationship. Their breakup came after dating for a year and a few months. They, however, later reunited with Camila confirming their relationship through an Instagram post in 2021.

Prior to becoming an actor, Melton found success as a model. He worked with brands like Dolce & Gabbana, Kenneth Cole, and MAC. He made his acting debut after appearing on Glee and American Horror Story. Charles gained wide recognition in 2017 when he was cast as Reggie Mantle in the CW series Riverdale. Melton had a recurring role in season 2 and became the main character in season 3. He played the role of Daniel Bae in The Sun Is Also a Star becoming the first Asian-American actor to lead a teen romance film produced in a major Hollywood studio.

In 2017, Charles was cast to play the role of Reggie Mantle in The CW television series Riverdale. He had a recurring role in season 2 and became a main character in season 3 till now. His character is a former football player at Riverdale High and the town’s prankster now the owner of his family’s car dealership.

Melton has an estimated net worth of $7 million.  He has made his impressive net worth from his career as an actor and model.