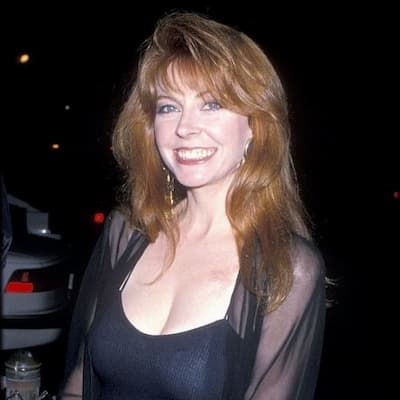 Cassandra Peterson is an American actress, writer, and singer widely recognized for her role as the horror hostess Elvira, Mistress of the Dark.

She gained prominence after she started hosting Elvira’s Movie Macabre, a weekly B movie presentation on KHJ-TV.

Peterson stands at an approximated height of 1.7 meters and is of moderate body weight. There are no further details about her body measurements. These details will be updated as soon as they are available.

Peterson was previously married to Mark Pierson a musician for 22 years from 1981 to 2003 when they finalized their divorce. The two share a daughter named Sadie Pierson born on October 12, 1994. Peterson disclosed in her 2021 memoir that she has been in a relationship with a woman named Teresa “T” Wierson for 19 years.

Peterson started her career after high school when she became a showgirl in Frederic Apcar’s pioneering “Vive Les Girls!” at The Dunes. She then got a small role as a showgirl in the James Bond film Diamonds Are Forever. In 1974, she played a topless dancer in the film The Working Girls. Cassandra moved to Italy as a lead singer of the Italian rock bands Latins 80 and The Snails.

In 1972, she played a small role in the film Roma. After returning to the USA, she performed with a musical/comedy act, Mammas Boys. She later joined an improvisational troupe The Groundlings. Peterson served as s host on Los Angeles radio station KROQ-FM 106.7. She was offered the horror host position by KHJ-TV.

In 1981, Peterson auditioned for the role of Vampira in the show The Vampira Show. In 1988, she starred as the horror hostess in Elvira: Mistress of the Dark. Her character soon evolved into a big brand appearing on many products including Halloween costumes and comic books. Peterson also appeared on the cover of Femme Fatales.

In 2000, Cassandra and her ex-husband in collaboration with Paragon, and co-produced Elvira’s Haunted Hills. Elvira’s Movie Macabre returned to television in September 2010 and in 2014, 13 Nights of Elvira was released on Hulu. She is currently working on an animated Elvira project and a direct sequel to 1988’s Elvira: Mistress of the Dark.

Peterson became the host of a video series called ThrillerVideo. Its success led to a second video set called Elvira’s Midnight Madness and in 2004, Elvira’s Box of Horrors a DVD horror-film collection was released. In 1993, Peterson starred in The Elvira Show. She has appeared in multiple comics including DC Comics, Eclipse Comics, and Claypool Comics. Cassandra is the author of three Elvira books; Transylvania 90210, Camp Vamp, and The Boy Who Cried Werewolf.

Cassandra has an estimated net worth of $3 million.