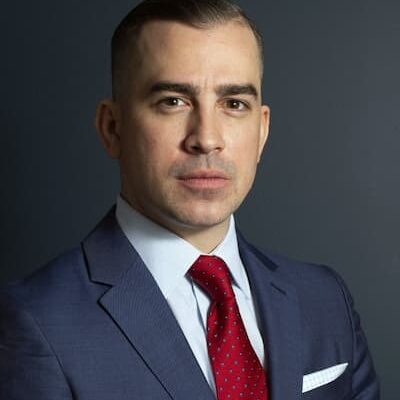 Callahan Walsh is a Child Advocate for the National Center for Missing $ Exploited Children(NCMEC) and a television personality.

He is best known for starring in Investigation Discovery’s “In Pursuit With John Walsh,” alongside his father John Walsh. John Walsh is the co-founder of NCMEC. He founded the organization in 1984 after the kidnapping and murder of his first son Adam Walsh.

Walsh stands at average height and is of average body weight.  He has black hair and deep brown eyes.

Callahan was born and raised in the United States. His parents are John Walsh and Reve Drew Walsh. His father is a television personality, criminal investigator, victim rights advocate, and the host of America’s Most Wanted.

Walsh has three siblings; Meghan Walsh, Hayden Walsh, and Adam Walsh. Adam Walsh was murdered on July 27, 1981, after being kidnapped. He died at the age of 6.

Callahan’s brother Adam Walsh was only 6 years old at the time of his kidnapping and murder.  He was abducted on July 27, 1981, from a Sears department store at the Hollywood Mall in Hollywood, Florida.  Ottis Toole, a convicted serial killer, confessed to Adam’s abduction and murder.

The 36-year-old has not disclosed any information about his marital status. It appears that he prefers to keep his personal life away from the media. However, this information will be updated as soon as it is available.

Walsh is a child advocate for the National Center for Missing $ Exploited Children(NCMEC). He works closely with law enforcement to ensure NCMEC’s main mission is well spread and to help change laws in favor of child victims. His father John Walsh is the co-founder of NCMEC.

He is best known for starring in Investigation Discovery’s “In Pursuit With John Walsh,” alongside his father John Walsh. The show premiered on January 16, 2019. The show is dedicated to tracking down fugitives on the run suspected of various crimes including murder and finding missing children.

Callahan has appeared on various media outlets including, ABC, NBC, CNN, Good Morning American, and HLN. Before becoming a child advocate at NCMEC, he was the Supervising producer for America’s Most Wanted on FOX. In addition, he was a co-creator of The Hunt with John Walsh on CNN.