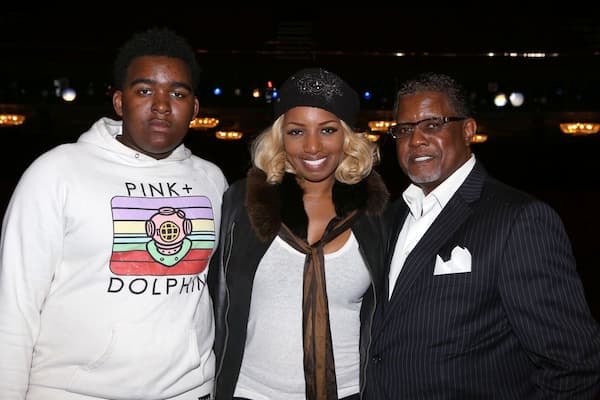 Brentt Leakes is a celebrity child best known as the son of deceased Businessman and television personality Gregg Leakes and NeNe Leakes a tv personality, presenter, actress, and fashion designer.  Gregg and NeNe Leakes starred on the reality tv show The Real Housewives of Atlanta.  Gregg sadly passed away at the age of 66 on September 1, 2021, after battling colon cancer.

Leakes stands at an approximated height of 6 feet 1 inch. He weighs about 76 kgs. There are no further details about his body measurements.

Brentt is born to his famous parents NeNe Leakes and Gregg Leaks. His deceased father was a businessman and tv personality involved in real estate. Gregg’s net worth was estimated to be around $4 million which he had gained from his businesses and appearances on the reality tv show “The Real Housewives Of Atlanta”. His mother NeNe is a television personality, actress, presenter, author, and fashion designer.  NeNe’s net worth is estimated to be $14 million.

Gregg and NeNe Leakes first got married in 1997. The two separated in 2010 after being married for 13 years. NeNe filed for divorce on April 29, 2010. Their divorce was finalized on September 29, 2011. After more than a year, the two reunited and got engaged in January 2013. Their wedding took place at the InterContinental Buckhead Hotel in Atlanta on June 22, 2013. Their wedding ceremony was featured on a spin-off show titled I Dream of NeNe: The Wedding. The show aired on Bravo.

Greg Leakes died on September 1, 2021, after his battle with colon cancer. He died at the age of 66 years. Leakes was first diagnosed with stage 3 colon cancer in May 2018. His wife NeNe Leakes announced the news in June 2018. In May 2019, NeNe announced that Gregg was cancer-free. After almost a year, Gregg’s cancer re-occurred. This news was shared by his wife NeNe in June 2021.

She had a video interview with The Jasmine Brand in which she spoke up about Greggs condition, saying, “I’d love everybody to pray for Gregg. That would be beautiful: Pray for his strength. And pray for me, too.” After his second diagnosis, Gregg had to go through surgery to remove a part of his colon that had been affected.

On his father’s sickness, Brentt shared an emotional message on his Instagram account. He urged people to spend more time with their loved ones while they still have the chance. He went on to express how hard it was for him to watch his dad fight cancer. His post went on to say, “Please go create memories with ya people”.