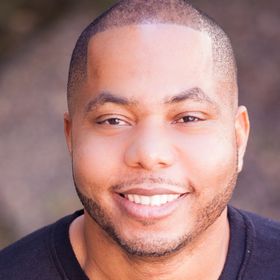 Bisi Ezerioha is a Nigerian-American engineer, engine builder, professional race car driver, and entrepreneur. He is currently serving as the CEO and Chief Engineer at Bisimoto Engineering. He became the CEO of the company in  July 2006. Prior to this, he worked as a District Pharmaceutical Sales Manager at Sanofi-aventis. After years of being a pharmaceutical researcher, he decided to follow his passion for automotive engineering.

Ezerioha stands at a tall height of 6 feet and is of average body size. There are no further details about Bisi’s body measurements. These details will, however, be updated as soon as they are available.

There is no information about where exactly Bisi was born. His parents are Dr. Emesia Ezerioha an industrialist and Chinyere Ezerioha a biochemist, researcher, and cosmetics pioneer. His father went to California State University, Los Angeles where he earned his bachelor’s degree in earth sciences and geology, master’s degrees in earth systems science, economics, and a Ph.D. in international marketing.

Ezerioha has been married to his wife Hedi Kim for years now. However, it is not known how long the couple has been together and when exactly they tied the knot. Due to his discreet nature,  Bisi has not disclosed any information about his wife and kids. However, further information will be updated as soon as it is available.

Bisi earned his associate degree in applied and natural sciences from Cerritos College. He enrolled at California State University, Long Beach in 1991. He graduated with a bachelor’s degree in Chemical Engineering and a master’s degree in Engineering Management in 1994.

Bisi comes from a scientific household therefore, he developed his interest in science and chemistry while still in high school. He was enrolled at the Anambra State University of Technology, Anambra, Nigeria to study petrochemical engineering.

Bisi started his career as a pharmaceutical researcher. He previously worked as a research scientist at Phenomenex in Greater Los Angeles. From there, he joined Sanofi-aventis as a sales representative. He was later promoted to District Pharmaceutical Sales Manager. He worked in this position for 5 years and 7 months.

After almost a decade working as a pharmaceutical researcher, he decided to change careers to automotive engineering. In 1994, Bisi founded his company Bisimoto Engineering. He wanted to test his designs. His first creations include the most powerful naturally-aspirated SOHC Honda engines involving the D16A6, D15B7, F22A, F18A and D16Z6 platforms.

Bisi features in the reality tv show Motor Mythbusters airing on HGTV.  Ezerioha hosts the show together with co-hosts Tory Belleci a certified automotive technician and Faye Hadley a Toyota expert.  Motor MythBusters premiered on August 4, 2021. In the show, the three automotive experts search for the truth behind popular automotive myths then try to answer every car-related question asked by car enthusiasts.

As of 2021, Bisi’s net worth is estimated to be in the range of $1 million – $5 million.  He has gained his wealth from his successful career as an engineer, professional race car driver, entrepreneur, and engine builder.  In addition, he gets an income from appearing on the reality tv show Motor Mythbusters on HGTV.