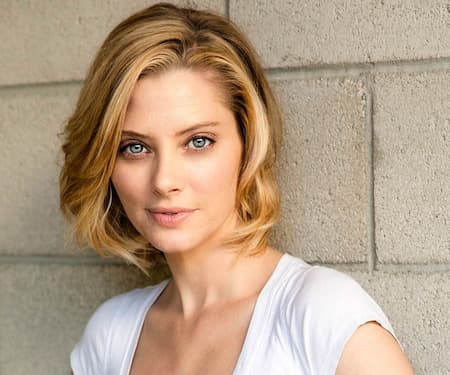 April Michelle Bowlby is an American actress and model best known for her role as Kandi on the CBS comedy series Two and a Half Men and Stacy Barret on Drop Dead Diva. In 2019, she joined the cast of Doom patrol playing the role of Rita Farr.

April was born in Vallejo, California, and raised in Manteca, California. She is yet to disclose any information about her parents. The actress appears to be very discreet about her personal life therefore not much is known about her. April went to East Union High School and later studied ballet, French, and marine biology at Moorpark College.

Bowlby is a happily married woman. She is married to her husband Matthew Cooke. The two live a very private life, therefore, not much is known about their marriage. There is also no information about when they tied the knot. Further details will be updated soon.

Bowlby is best known for her role as Kandi on the television series Two and a Half Men. She got the role just a few months after auditioning. She played the role of Stacy Barret in Drop Dead Diva and Barney Stinson’s obsessive ex-girlfriend Meg in How I Met Your Mother. April has also made appearances in tv series like; CSI, Psych, and CSI: NY. Her film credits include; All Roads Lead Home, The Slammin’ Salmon, and From Prada to Nada. Bowlby plays the role of Rita Farr in both Titans and Doom Patrol.

April plays the role of Rita Farr in the superhero television series Doom Patrol. Her character is a former Hollywood actress whose cellular structure was affected after being exposed to an underwater toxic gas.

Bowlby has an estimated net worth of $3 million. She has been able to make her net worth from her successful career as an actress and model.