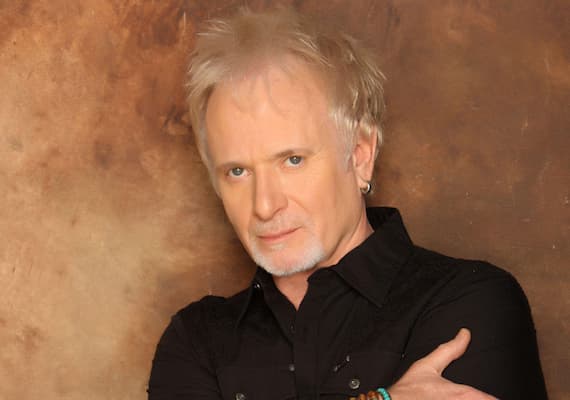 A native of Coalville, Utah, Anthony Geary is an American actor known for starring in the ABC daytime drama General Hospital, playing the role of Luke Spencer.

Geary’s parents are named Dana Anderson and Russell Dean Geary. His father was a building contractor and owner of a construction company. His mother on the other side was a homemaker and assisted his father in the business as the bookkeeper.

Geary’s father was also a former mayor of Coalville, Utah.  Both of Anthony’s parents were members of the Church of Jesus Christ of Latter-day Saints.

Geary has two sisters named Jana Geary Steele and DeAnn Geary Bond. There is no more available information about his sisters at the moment.

Is Anthony Married? This is a question most of his fans have kept asking over the years. However, Anthony has managed to live a very private personal life. As a result, it is not yet known whether he is married or not.

Geary has, however, been previously romantically linked to women like Syren and Elizabeth Taylor.

Geary has been an advocate of gay rights for a long time now. Anthony supports gay rights and believes all individuals should be provided with the rights they deserve.

Due to his vocal support of gay rights,  rumors had started doing rounds that Anthony is gay.  However, these rumors were shut off after Anthony admitted to having a relationship with Elizbeth Taylor.

Geary played the role of Luke Spencer in  General Hospital. The character, Luke is the middle child of the late, Tim Spencer and his late wife, Lena Spencer. Luke was born and raised in Port Charles, New York to a low-income family near the docks.

He was portrayed to be street smart and would constantly defend his sister Bobbie when they were growing up. His father was an alcoholic and he regularly beat both Luke and Bobbie as well as their mother Lena. After the death of their mother, Lena, their father walked out on them.

Geary began playing the role of Luke Spencer in 1978 and left the show in 1984. Later in 1991, he returned to General Hospital as Luke’s cousin and look-alike Bill Eckert. This was due to due to the actor’s desire to play something other than Luke.

However,  Anthony resumed the role of Luke in 1993, due to poor feedback from the viewing public, and the character was killed off.

Eventually, on Friday, May 8, 2015, Geary announced that he would be leaving his role as Luke on General Hospital. He finished taping his last scenes on the General Hospital set on Tuesday, June 23, 2015.

Anthony is still alive and well. He lives in Amsterdam,  Netherlands.

Anthony is not on any social media platform.