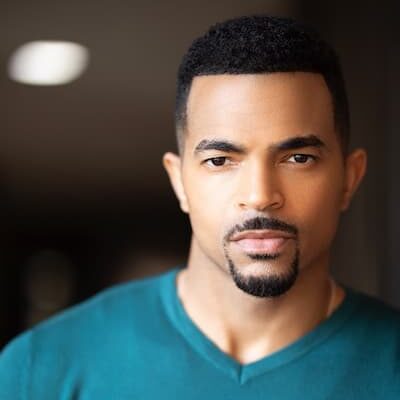 Anthony Dalton a native of Indiana is an American actor and producer. He is best known for playing the characters of Terrance in The Paynes, Malik Thompson in Saints and Sinners, Anthony in Shots Fired, and Calvin Rodney in Sistas. He has also appeared as Amir Whitfield in the tv series Covenant in 2021.

Dalton stands at an estimated height of 6 feet 1 inch. His muscular body is an indication that he works out on a regular basis. There are no further details about his body measurements. However, these body measurements will be updated soon.

Dalton was born and raised in Indianapolis, Indiana. Dalton was born to his mother Karen Dalton. His father whose name is still undisclosed passed on. His sister’s name is Jolie Dalton. The actor appears to be very private about his personal life. However, this information will be updated as soon as it is available.

In June 2021, Anthony lost his beloved mom Karen Dalton. Although it has not been disclosed to what caused her death, she was surrounded by her children and family during her last hours on earth. The Sistas’ actor went on Instagram to announce the sad news. Through the post, he expressed his love for his deceased mother and the sadness and pain he was going through.

The 41-year-old is happily married to his wife Dana E. The two dated for a long time before they finally got married. It is, however, not clear when the two started dating and how long exactly they have been together. The married couple has a child together named Anthony Dalton III. He was born in July 2021.

Dalton and his wife Dana have a son together. Their adorable child was named Anthony Dalton III was born in July 2021. The proud father went on Instagram to express how happy he was upon his son’s birth with a picture of him sleeping.

Dalton made his acting debut in 2011 in the tv movie ATL: Above the Law. He played the role of Spank. The same year, he played a role in a short film called Old National. He went on to appear in films and tv shows like; Barbershop: The Next Cut, The Vampire Diaries, The Cure, The Single Moms Club and Drop Dead Diva. In 2018, he was cast as Malik Thompson in the TV series Saints & Sinners. In 2019 he joined the cast of Tyler Perry’s tv series Sista as Calvin Rodney.

Dalton has an estimated net worth in the range of $1 million – $5 million. He has acquired his wealth from his career as an actor.