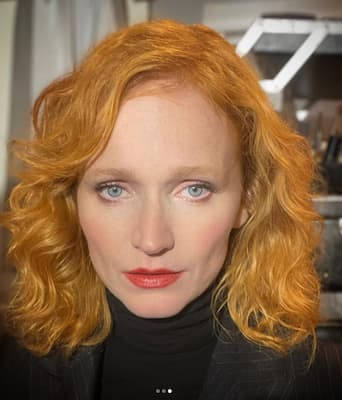 A native of Prague, Czechoslovakia, Anna Geislerová, also known as Aňa Geislerová is a Czech actress. She is best known for her double role of Eliška/Hana in the movie Želary (2003) and as Anna in Návrat idiota (1999). Moreover, she is a former model who made her feature film debut at the age of 12.

Geislerova measures a standing height of 5 feet 6 inches tall which is equivalent to 1.68 meters tall.

Although Geislerová has not disclosed the identity of her parents, she has revealed that she is the sister of Lenka and Ester, her sisters. Moreover, her aunt is Zuzana. Her aunt is also an actress. Details pertaining to her parents are currently under review and will soon be updated.

Geislerová is a married woman. She is happily married to her husband, Zdeněk Janáček. The couple has a daughter Stella, and sons Bruno and Max.

The following are movies that Anna has been featured in:

In 2015, Anna was featured on her own talk show titled DVTV. The show was written by Daniela Drtinová.

Geislerova has made a great fortune from her career as an actress. She has an estimated net worth of $4 million.