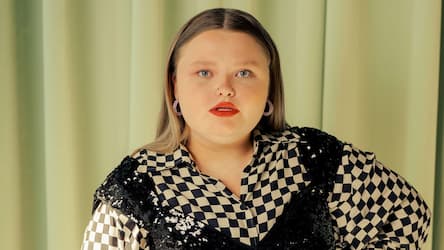 Thompson stands at a height of 4 feet 11 inches and weighs 56kgs.

Thompson is the daughter of Mike Thompson and June Shannon. Her mother was born in McIntyre, Georgia. She first became pregnant at the age f 14 with her daughter Anna and gave birth at the age of 15 years.

Shannon dropped out of school after she became pregnant but later earned her GED. Alana’s parents Mike and Shannon split up in 2014, after which her mother came out as bisexual the following year.

Thompson has three siblings; all sisters. Their names are Anna, Lauryn, and Jessica. Ann is the eldest of the 4 and she was born on August 28, 1994. Her biological father is David Dunn.

The second eldest sibling is Jessica Shannon, who was born on October 12, 1996. Her father is Michael Anthony Ford. Lauryn the third eldest was born on January 7, 2000.

Lauryn grew up believing that her father was Mark McDaniel, a former partner of her mother who sexually abused Anna. However, Shannon, Lauryn’s mother, has admitted that she is not sure who her biological father is.

Here Comes Honey Boo Boo revolved around Alana and her family’s adventures in the town of McIntyre, Georgia. The show was canceled on October 24, 2014, after 4 seasons.

The show was canceled after “Mama June” Shannon was seen with Mark Anthony McDaniel. Mark was a man who served 10 years in prison after being convicted of aggravated child molestation in 2004. He is a registered sex offender

Thompson, just like other members of her family, has been struggling with weight. She has however embarked on a weight loss journey. Part of this journey involves eliminating grease from her diet.

Her dieting involves taking healthy foods like fresh fruits and green vegetables and avoiding fats. We wish her all the best in this journey.