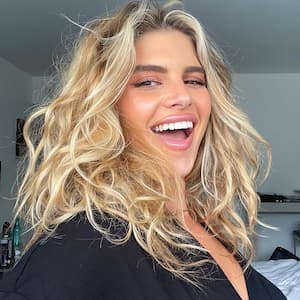 A resident of New York, Alana Paolucci is an American model and TV personality who is best known as a cast on Love Island USA season 3.

As a model, Alana has appeared in the February 2017 issue of Playboy magazine. This was when she rose to fame.

She holds a bachelor’s degree in communications from the University of Buffalo. Alana has also worked in Group Sales for The Madison Square Garden Company.

In an interview with Belle En Agent, Alana shared that her biggest accomplishment was completing her undergraduate;

“Graduating from undergrad, overcoming a lot of obstacles that could have put me in a different mindset or situation than I currently am in; and not allowing myself to hold back on the things that I truly want in life, despite any negative things that people have to say about it,” she said.

There is no information available on Alana’s family at the moment. She has not talked about them ever since joining Love Island and as such we can only wait until she shares any information about them.

Paolucci is a participant or what is called an Islander on season 3 of Love Island USA. Love Island is a reality TV show that airs on CBS in the United States and CTV.

In the show, Islanders live in a villa in Hawaii where they are cut off from the outside world and are under constant video surveillance. They are supposed to couple up in order to survive the stay.

The contestants are given several more chances to recouple whereby one chooses to remain with the same partner or choose another one. They also get dumped or eliminated if they remain single after re-coupling or by public vote through the Love Island mobile app.

“I think if things weren’t so complicated between me and Cashay, I would be kinda more open to Alana,” he said in an interview.

It would later seem like Charlie was getting more and more interested in Alana over the days and was in the process of dumping Cashay. He eventually had a conversation with Cashay where she was telling him to make up his mind on whether he really wants her or wanted to pursue Alana.

During their recoupling, Charlie was forced to make a decision on who he really wanted. Was it Cashay or Alana? He ended up choosing Alana over Cash.