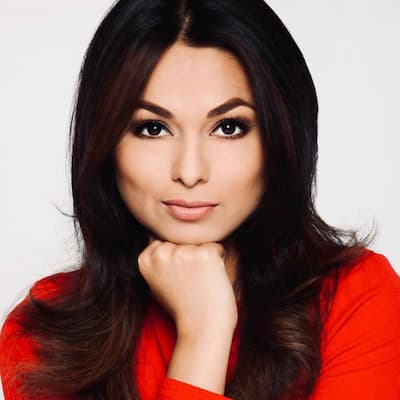 Raised in Bedford, Indiana, Aishah Hasnie is an American television journalist for Fox News working as a daytime news correspondent.

Hasnie graduated from Bedford North Lawrence High School in 2002 She went and joined Indiana University. She graduated with a B.A. in journalism. While at the university, Aishah was a Dick Yoakam Broadcast Journalism Scholar.

Hasnie interned as an on-air reporter at WICS-TV in Springfield, Illinois.  She also interned at WTHR-TV in Indianapolis and GEO-TV in Pakistan.

Initially, Hasnie’s parents and the family lived in Pakistani. They eventually moving to Bedford, Indiana. It is not yet known exactly when the family moved to the USA. At the moment there is no more information available about her family. They live a very private life.

Just like family, Hasnie is a very private individual. She does not share information regarding her personal life with the public. It is, therefore, not known whether she is married, in a relationship, or is single.

Hasnie began working at Fox News in 2011 as an investigative reporter at WXIN-TV (FOX59) in Indianapolis. While there,  Aishah also served as anchor of First at Four and went ahead to have her own segment known as Taking Action for You.

Hasnie would later accept a position at Fox News in New York City as an overnight anchor as well as a news correspondent for Fox & Friends First and Fox & Friends in 2019.

So where, did Hasnie begin her TV career? Well, it all started at WANE-TV, a CBS affiliate station in Fort Wayne, Indiana. At WANE-TV, Aishah served as an investigative reporter and a substitute anchor.

During hher time at the station, Hasnie earned an Emmy nomination. This was after a story she covered from a police report about a store owner who was arrested after taking photos up the skirt of a 10-year-old girl.

Aishah Hasnie Salary and Net Worth

Information on how much Hasnie earns as a News Correspondent on Fox. She has an estimated net worth of around $500k.